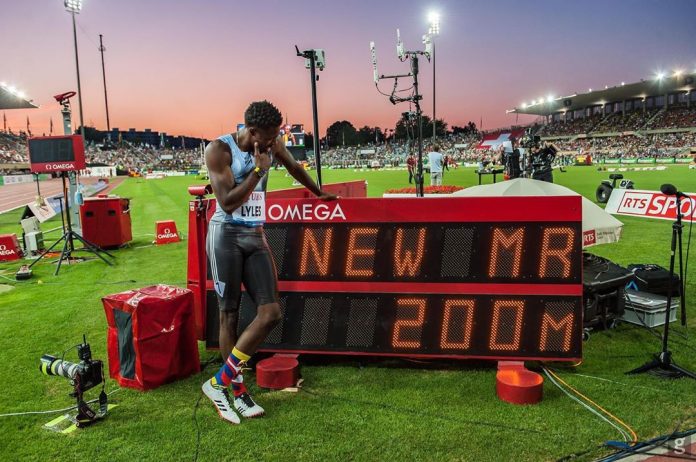 Just when we thought we had seen the best of Noah Lyles, the sprinter comes up with another spectacular display that leaves fans applauding a remarkable talent, who’s now taken up the mantle from the great Usain Bolt in bringing glitz and entertainment to Athletics.

Lyles, who lost to compatriot, Micheal Norman last time out in the 200m put up a show for the audience as the American powered to a World Lead (WL), Meeting Record (MR), Personal Best (PB) and Diamond League Record (DLR) of 19.50 to win the men’s 200m at the Lausanne Diamond League (DL).

In the race, Lyles got off to a pretty decent start with the Diamond Trophy holder neck and neck with Andre De Grasse in the early stages, but once the American got into his groove heading into the home straight, there was only going to be one winner, with the sprinter stamping his authority as the best athlete over the half-lap distance since the retirement of Bolt. 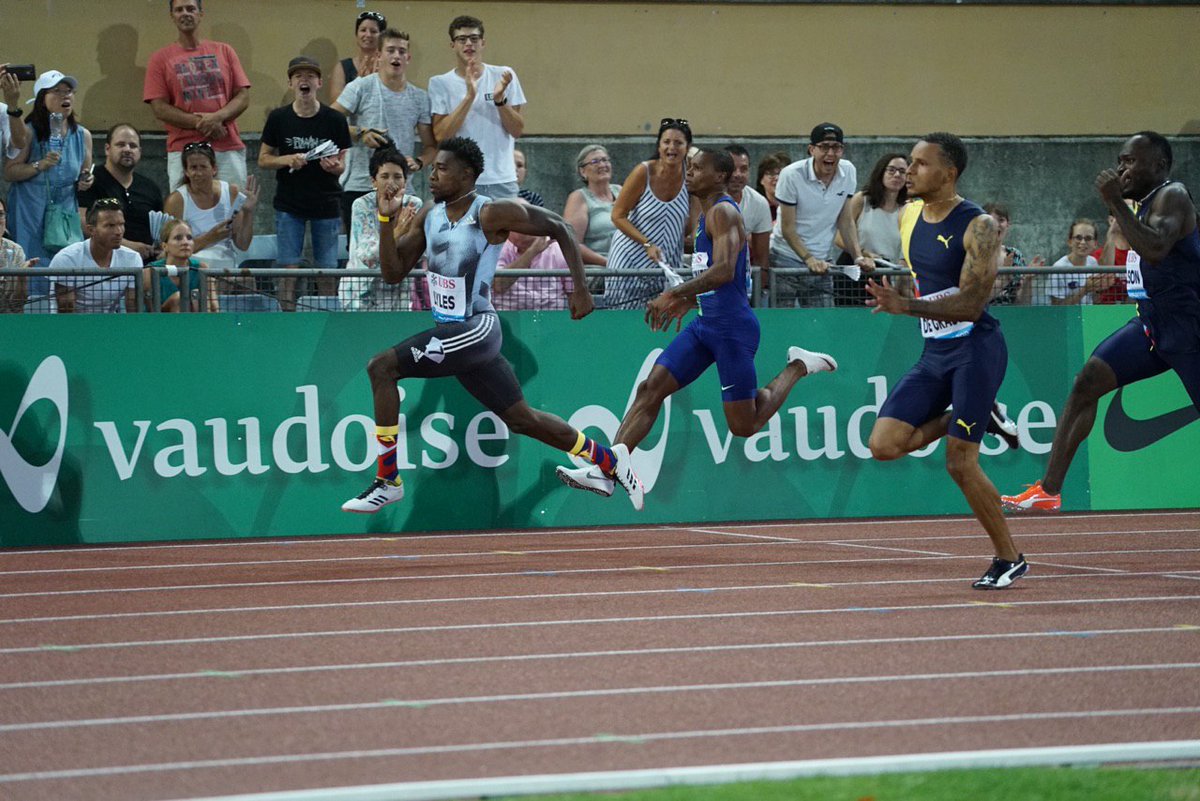 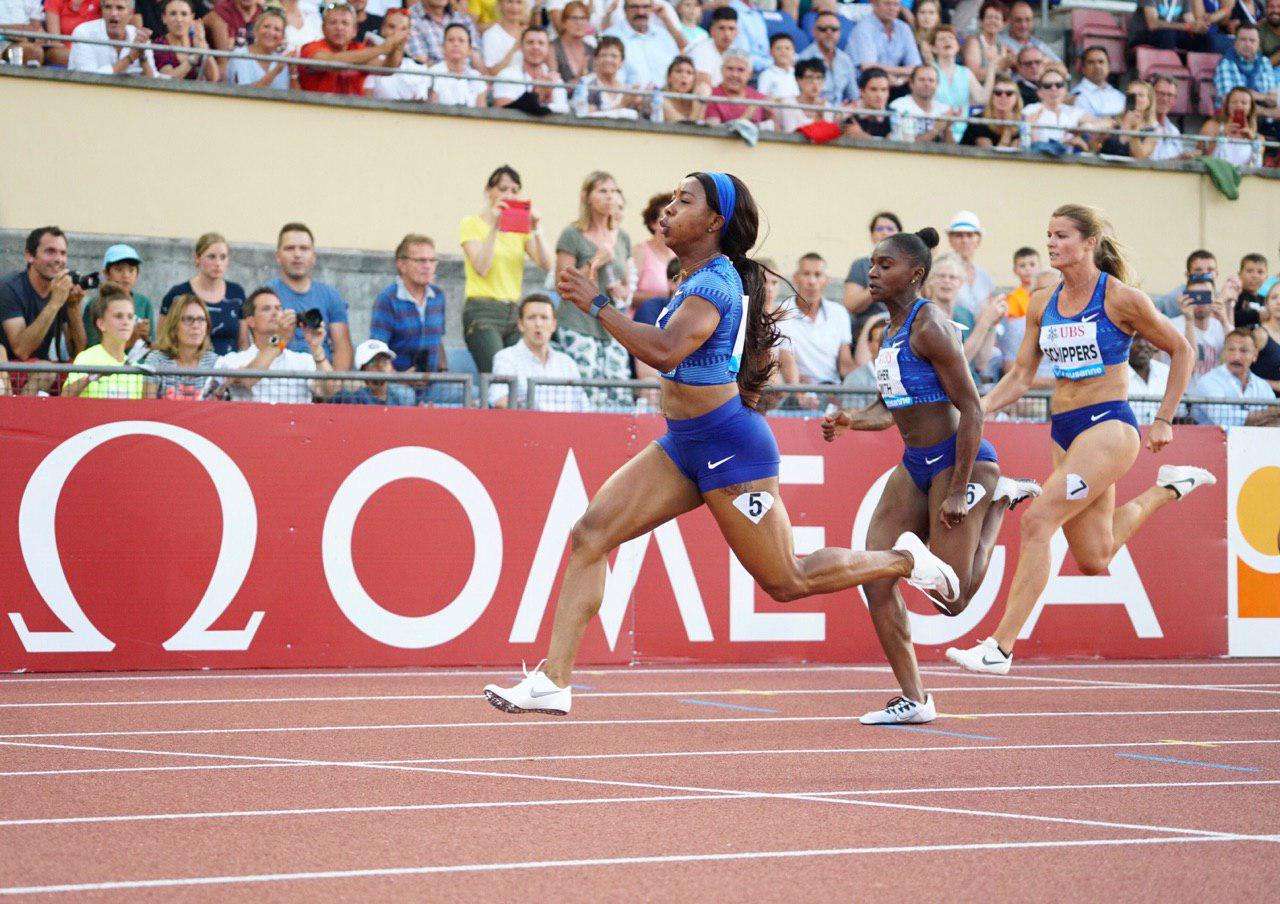 European champion Dina Asher-Smith clocked an SB of 10.91 for second, while who Marie-Josee Ta Lou, who won in the non-DL scoring event in Eugene last week placed third.

Also, Long distance runner Timothy Cheruiyot was in inspired form on the night, clinching victory in the men’s 1500m in an MR and WL of 3:28.77.

The men’s 800m produced a sensational race. Wesley Vazquez of Puerto Rico was in the lead around the top bend but Kenya’s African Silver medalist Emmanuel Korir moved past him going into the home straight.

However, his teammate, the Commonwealth champion Wycliffe Kinyamal, had more left to give in the final 20m as he powered through to the line to win in a WL of 1:43.78. It was a race that saw six men run sub-1:45!

In the women’s 400m, World Silver medalist Salwa Eid Naser stormed to her fourth DL win of the year in an SB of 47.17s. Aminatou Seyni ran a National Record (NR) of 47.19 to finish second in the race. 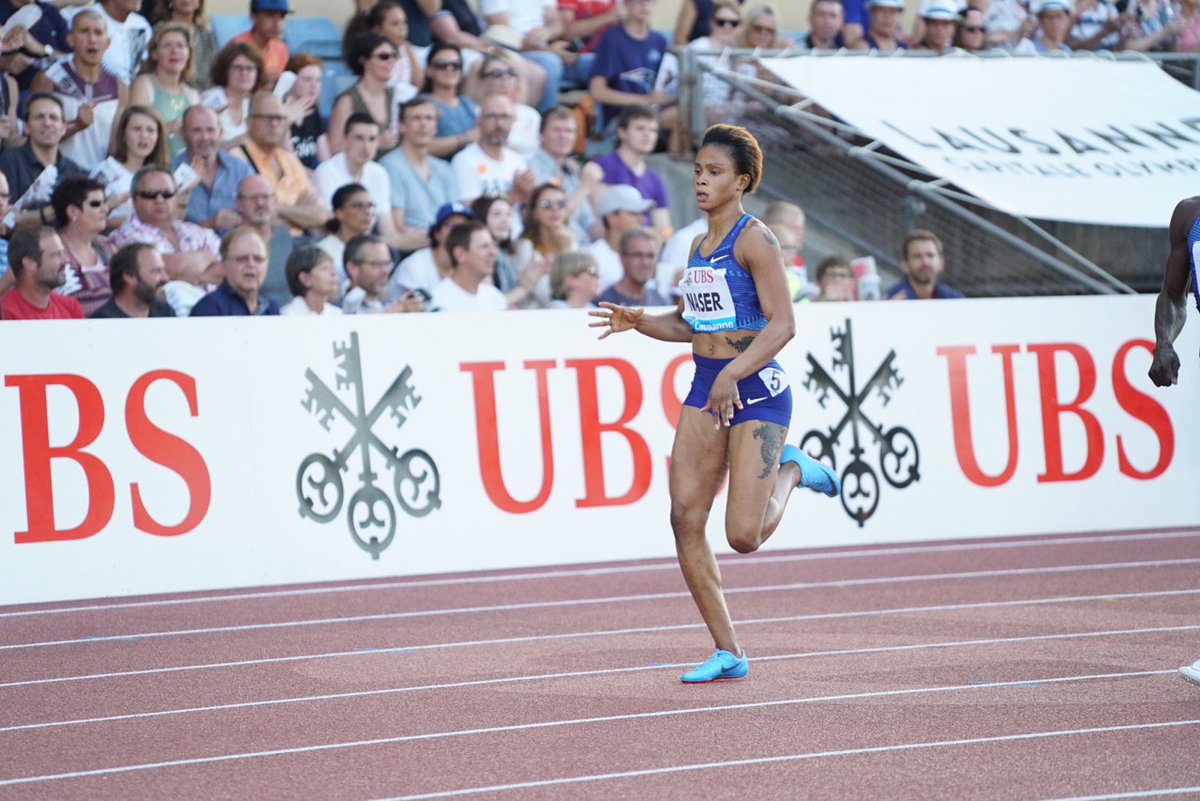 Elsewhere, Spaniard Orlando Ortega made it two wins on the bounce for himself in the men’s 110m Hurdles. He clocked an SB of 13.05s to win with American Daniel Roberts coming in second place.

It was a three-horse race in the women’s 400mH, but 2015 world silver medalist Shamier Little had an impressive last ditch burst of speed just when it looked like she might be tiring in the race, taking the win in an SB of 53.73s.

Zuzana Hejnova and Ashley Spencer are tied on time in second and third, both managing 54.11. Also, the top five all managed to run SB’s.

The biggest highlight on the field came in the men’s Pole Vault. A jump-off at 6.01m saw Piotr Lisek clear the big six meter barrier for the first time outdoors this season in what was a WL, MR,PB and NR for the Pole. Sam Kendricks was second, while Armand Duplantis was third.

In the women’s Javelin, European champion Christin Hussong took maximum points home from Lausanne, with no-one able to better her 66.59m throw, going top of the DL standings, with previous leader Lyu Huihui not at this event.

The women’s Triple Jump saw Caterine Ibarguen record her 38th DL victory. Her SB of 14.89m in round five pulled her clear of long-time leader Yulimar Rojas (14.82), who had to settle for second. 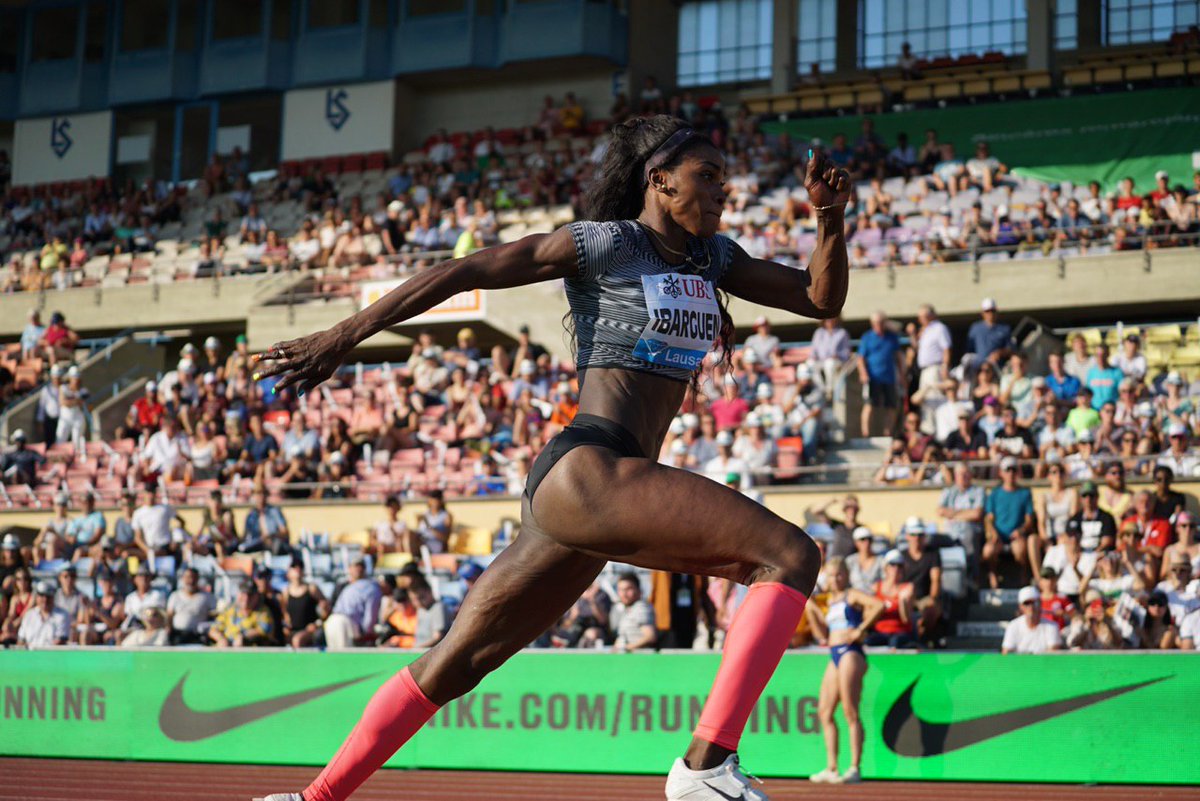 Mariya Lasitskine continued her dominance of the women’s High Jump, claiming victory in 2.02m, while Juan Migel Echeverria took the win in the men’s Long Jump with a best jump of 8.32m.