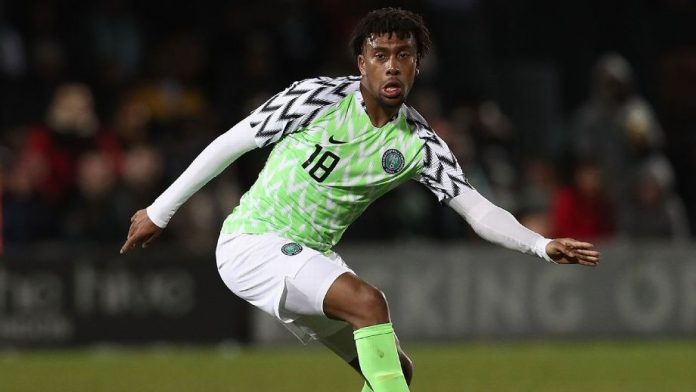 The Super Eagles of Nigeria succumbed to their Czech counterparts as they lost by a lone goal in their final pre-world cup friendly match which took place at the Rudolf-Tonn-Stadion, Austria.

Nigeria’s coach, Gernot Rohr effected some changes to the starting line-up in the loss against England some few days back, with Wilfred Ndidi and John Ogu replacing Joel Obi and Ogenyi Onazi.

It was a game of fine margins in the early parts with the Czech Republic team having the better of the opportunities, capitalizing on their aerial prowess with both Patrick Schick and Josef Sural drawing saves from Francis Uzoho.

The Super Eagles couldn’t withstand the pressure anymore, as in the 25th minutes, Chelsea Fc defender Thomas Kalas took advantage of a poor defending from the Nigerian defense, as he drove home a low shot past a helpless Uzoho.

Nigeria rallied round to try and get the equalizer before the halftime mark, with both Ogu’s header and Ndidi’s long range shot being the closest the Super Eagles came to scoring.

Going into the second half, Rohr brought in Tyronne Ebuehi to replace Shehu Abdullahi in order to bring some width into the game. The substitution worked as Ebuehi bombed forward down the right flank, causing a lot of problems for the Czech defense.

Also, left back, Brain Idowu came within whiskers of opening the scoring for Nigeria after being put through on goal down the left flank, but the full back opted to lob the ball past the goal keeper, with Odion Ighalo clear on goal.

Around the half-hour mark, torrential rain halted proceedings with the players spending about 4 minutes out. Coming back, Rohr introduced Elderson Echiejile, Simeon Nwankwo, Kelechi Nwankwo and Ahmed Musa, all with the hope of having a change in fortune.

Despite the changes, it was Victor Moses that came closest to getting the equalizer for Nigeria but his leg got tangled with the ball just when he was approaching the goal keeper.

The Super Eagles next match will be their opening game at the World Cup against Croatia in Kaliningrad on the 16th of June.