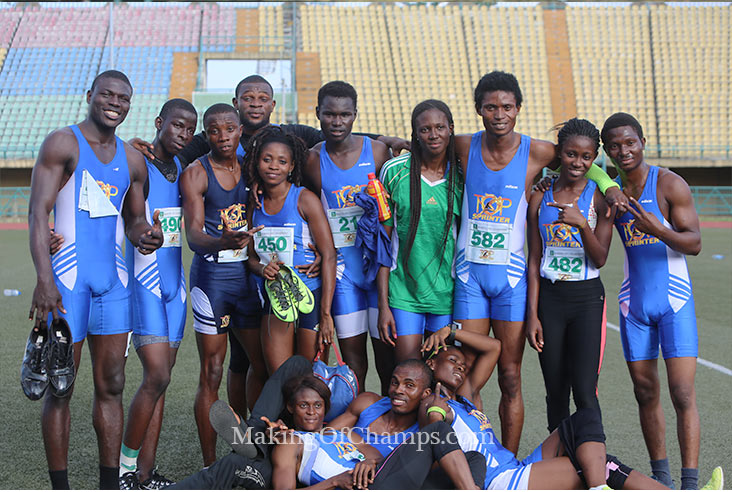 The 2015 Top Sprinter Genesis auditions ended on a high note as the FINALS of the competition took centre stage in Lagos from October 1 to 3 at the Teslim Balogun Stadium, Surulere.

The event followed hot on the heels of the last auditions which held sway in Benin at the UNIBEN Sports Complex a week before!

The Lagos FINALS saw Teams of athletes from all over Nigeria assembled by Olympians Deji Aliu, Glory Alozie, Uchenna Emedolu and Francis Obikwelu, battle it out for supremacy in one final exciting competition to wrap our 2015 programme!!

Though the quartet could not physically re-ignite their rivalry on the track, they capitalised on the strengths of their respective teams, having selected their favourite athletes from auditions held in Lagos, Ibadan, Enugu and Benin during the course of the year.

It was only fair to take the grand finale of the Top Sprinter auditions back to the Centre of Excellence, considering that the campaign took off unheralded in February at the University of Lagos Sports Complex, with about 70 athletes in attendance in a space of three weekends.

The train thereafter moved to Ibadan, Enugu and then the Edo State capital, with the number of athletes soaring at subsequent venues.

The reception the initiative has garnered from emerging athletes and their established counterparts, as well as the zeal the athletes have displayed over time is proof enough that talent abound in Nigeria, and that the country has more than enough potential to rule the world of Track and Field if properly harnessed.

Competitions were held in both the Secondary School and Senior categories. Also, electronic timers were used for the FINALS, making it the first time the device was employed since the first auditions held in Lagos earlier in the year. Day 1 saw athletes compete in the Boys’, Girls’, Men and Women categories of the 100m and heats of the 400m.

The men’s event was keenly competed in, but it was winner of the Enugu auditions, Team Emedolu’s Olisakwe Chukwudi who emerged victorious. He took the win in 10.66s ahead of team mate, Thankgod Igube (10.71s) and Kehinde Olubodun (10.80s) of Team Aliu. The ‘B’ final was won by Team Obikwelu’s Emmanuel Arowolo who returned a time of 11.08s.

Winner of the women’s 100m/200m in Benin, Marvelous Asemota of Team Obikwelu demonstrated that she was no local champion, beating Team Alozie’s duo of Silverlin Nwokocha (12.49s) and Josephine Omaka (12.60s) to take the title with a time of 12.42s.

Raymond Ekevwo continued his winning streak in Lagos, taking the Boys’ category of the sprint double in 11.16s and 22.14s respectively. The youngster put up an impressive show at the Benin auditions, thus catching the eye of national record holder in the men’s 200m, Obikwelu who quickly drafted him into his team.

Isaac Michael (11.53s) and Moses Imoh (11.58s) finished 2nd and 3rd in the Boys’ 100m. Despite her dominance in the Girls’ category of the sprint double at the very first auditions in Lagos, Team Aliu’s Ruth Usoro knew she had a fight on her hands if she was to retain victory on her home turf.

Chiamaka Egbochinam of Team Obikwelu proved a worthy competitor as she sped off to victory in 12.62s, while Usoro and team mate, Blessing Ogundiran followed in 12.80s and 12.92s respectively.

Nkechi Nwaobia took the ‘B’ race with a time of 13.79s. The hurdle events were competed in on Day 2, as well as the finals of the 200m and 400m in the senior category.

Ngozi Nwichi, Ann Nwogu and Uchechi Brown were the Top 3 finishers in the 100m Hurdles, while Bashiru Abdullahi (14.82s) of Team Alozie, Richard Alaka and Roy Michael got to the podium in the 110 Hurdles.

The 200m race was another event to watch out for as Thankgod Igube replicated his feat at the Enugu leg of the competition. Igube exerted revenge for his 100m loss to Chukwudi, overcoming an injury scare to inspire a 1-2 for Team Emedolu as he clocked a time of 21.68s while the latter coasted home in 21.83s.

Arowolo was 3rd in 21.95s while Chibike Egbochinam won the ‘B’ race with 22.60s. Ifunaya Moughalu had a good outing in the women’s 200m as she got to the finishing line in 25.64s while Marvelous Asemota and Uchechi Brown settled for 2nd and 3rd.

Zainab Ibilade of Team Obikwelu took the ‘B’ race. Team Aliu’s Afeez Abdulrahman posted a time of 48.04s to finish ahead of Team Emedolu’s duo of Chukwuma Madunta (48.74s) and Chidozie Kalu (49.24s) in the men’s 400m.

Fresh from her victory in Benin, Queen Egege extended her winning streak to Lagos, taking the win in the women’s 400m in 56.08s. She was followed by Knowledge Omovoh (56.33s) and Rita Odigbo (56.91s).

In the Boys’ event which was held on Day 3, Timilehin Falolu (50.88s) overcame the threat posed by his much taller counterpart, Toluwani Adebakin, while Segun Adenuga finished 3rd. Team Aliu secured a 1-2 in the Girls’ 400m as Aminat Alabi (57.23s) and Glory Nyenke finished tops while Blessing Obariehu followed in 3rd position. 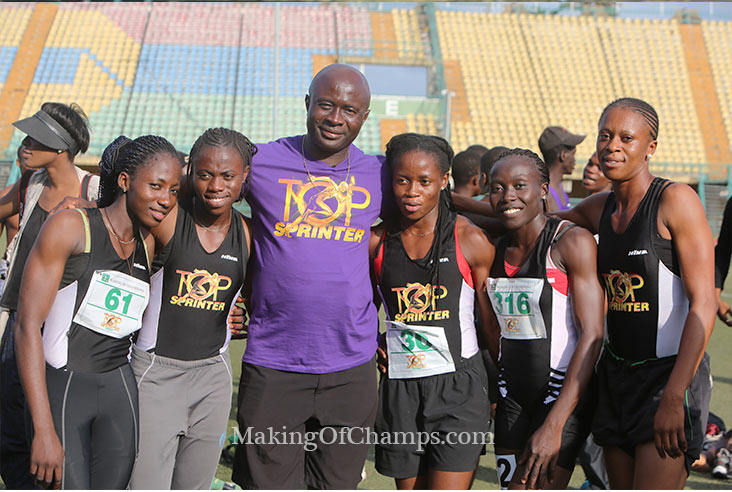 The quartet of Brown, Omovoh, Egege and Nwokocha gave Team Emedolu an edge once more in the women’s 4x100m, while Chinenye Chukwu, Asemota, Rashidat Lawal and Oluwabukola Alagbe of Team Obikwelu settled for 2nd.

Chinedu Akhigbe, Ekevwo, Pius Etiobhio and Nnorom won the Boys’ 4x100m title for Team Obikwelu, with Teams Aliu and Alozie coming 2nd and 3rd. Team Emedolu proved unassailable in the Men’s 4x400m relay, having presented two squads (Teams A and B) which finished 1st and 3rd respectively in 3:17.58 and 3:20.23. Team Aliu’s ‘A’ squad placed 2nd with 3:20.15.

The Boys’ and Girls’ category of the 4x400m was won by Team Aliu after returning a time of 3:33.74 and 4:12.57 respectively. Falolu, Tomilade Adeponle, Adenuga and Emmanuel Urua did the honours in the Boys’ event as their female counterparts Feyisara Edun, Usoro, Nyenke and Alabi followed suit in the Girls’ race. 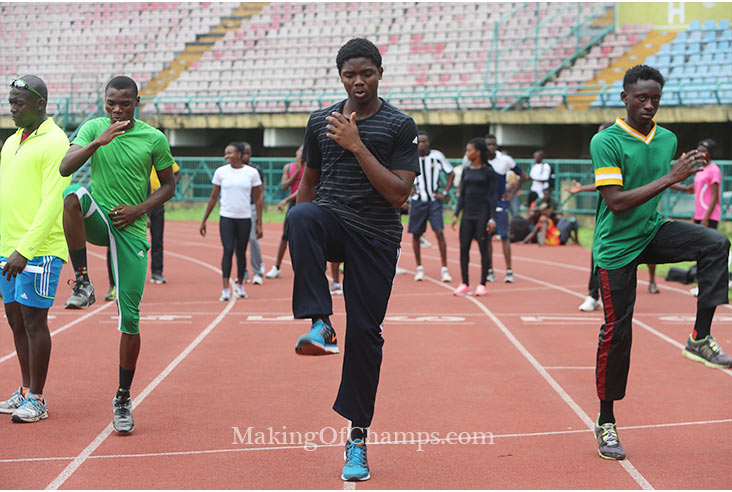 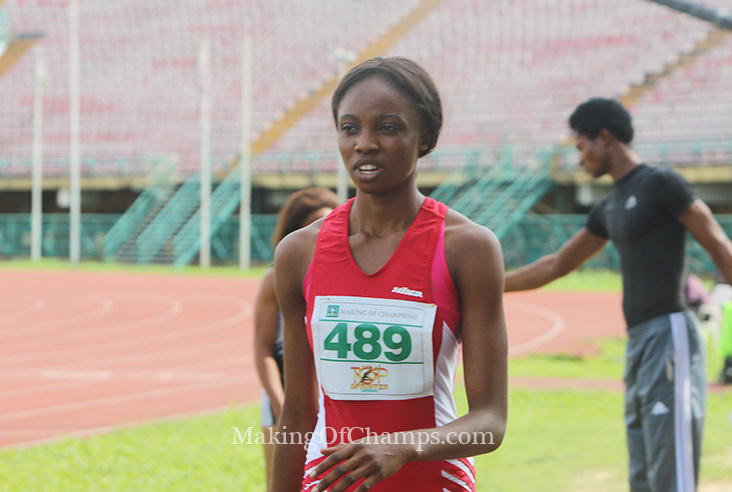 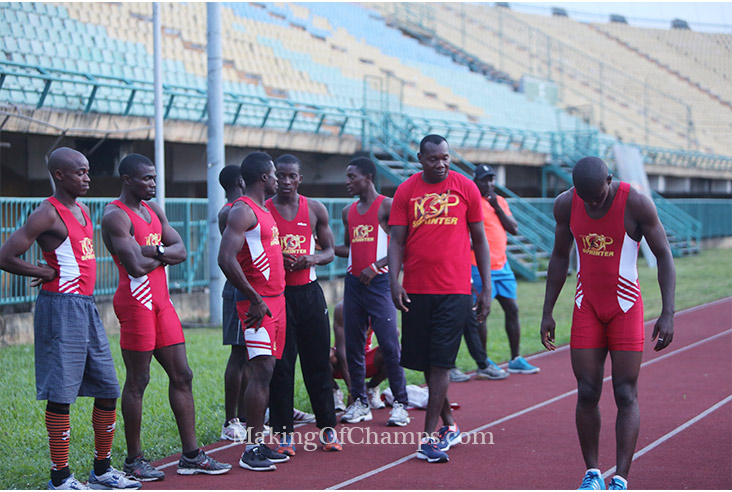 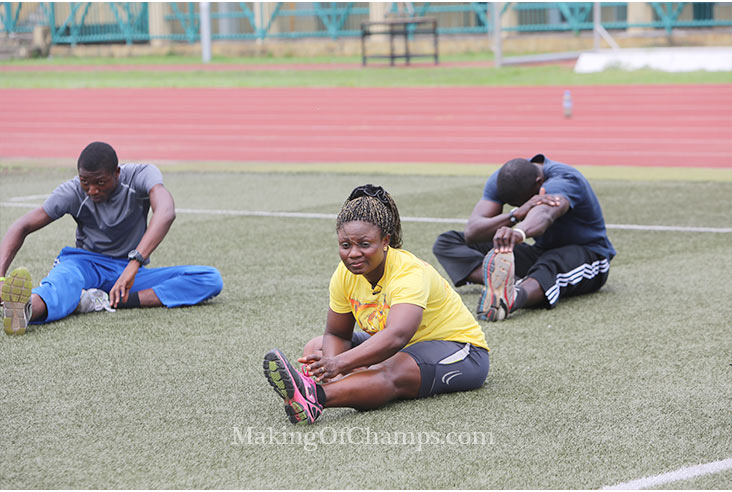 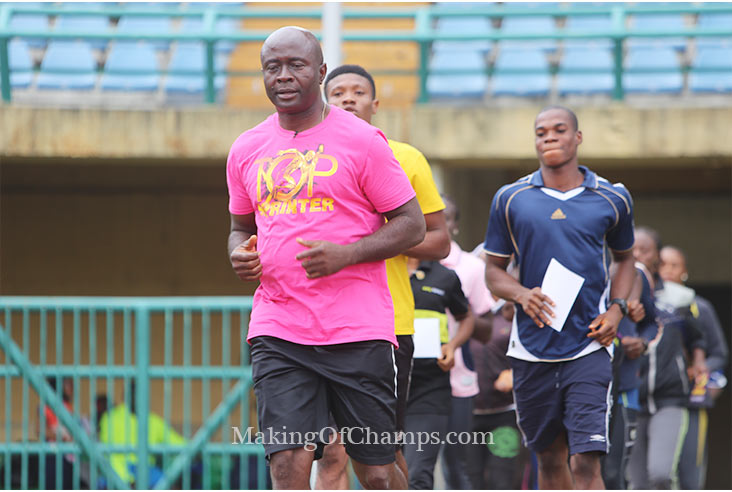 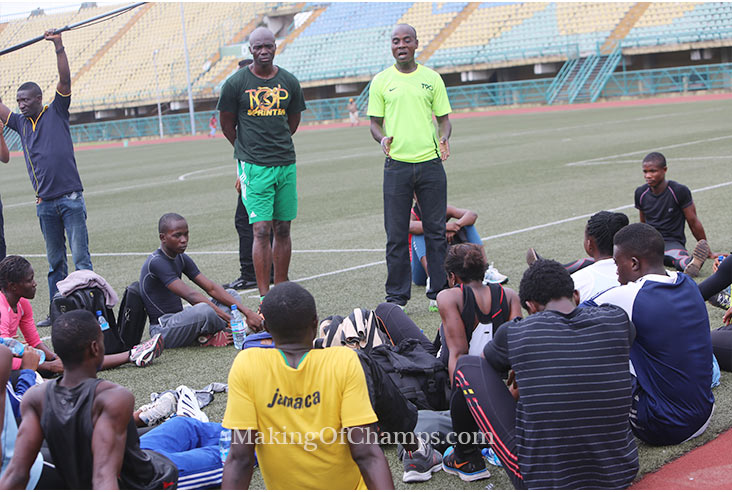