Home Domestic Other Domestic Top Sprinter Auditions: How it happened in Enugu! 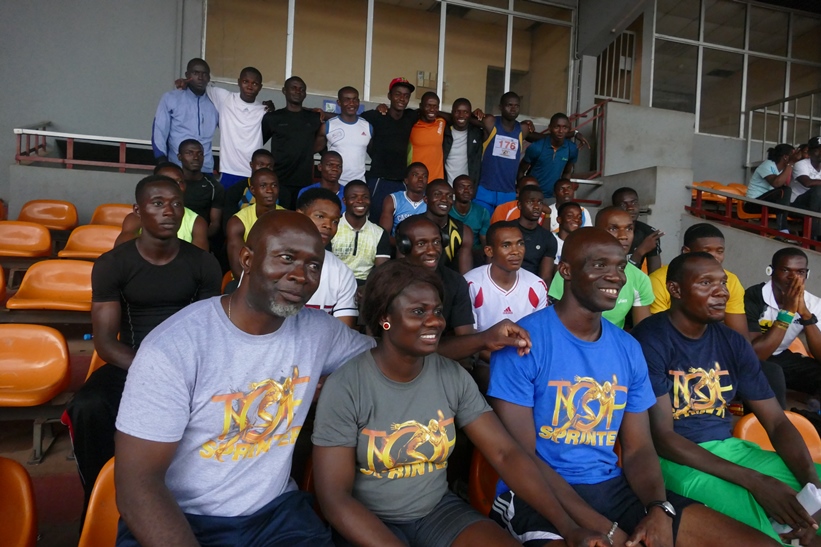 The last round of Top Sprinter Auditions was held this past weekend, with Enugu providing what has been a thrilling experience in the search for the best talents in Athletics. From Lagos to Ibadan, and now to the Nnamdi Azikiwe Stadium in Enugu, the coal city became the third city that Making Of Champions has taken the Top Sprinter auditions to.

The trio of Top Sprinter Coaches Deji Aliu, Glory Alozie and Francis Obikwelu were joined by fellow Olympic Medallist, Uchenna Emedolu in Enugu, making it a quartet of athletes who once competed for Nigeria.

There was a lot of expectation bringing the competition to South-East Nigeria, largely because of the calibre of athletes the country has produced from this region. Over 150 athletes from all over Nigeria were in attendance, with many coming from the South-East, particularly Aba, Onitsha, Owerri and Port-Harcourt. Given the success of the Ibadan Auditions the previous week, athletes also travelled from as far away as Lagos, Benin, Ilorin and Jos.

In the women’s 400m event, Chinenye Chukwu shrugged off the bereavement of her father just two days before the competition, running a good race in 56.1s to storm to victory. Glory Nyenke, another star attraction in Enugu, placed 2nd behind Chinenye, recording a time of 58.1s in the race. Nyenke competed in no fewer than five races in the final day of the events, running both in the school competitions as well as the senior races. Cynthia Moughalu, an aspiring Lawyer, finished third in the women’s 400m race with a time of 58.2s.

A relay team aptly naming themselves “Team Top Sprinter”, anchored by Bukola Alagbe, clinched 1st position in the women’s 4x100m relay, winning with a time of 48.9s, while Team Abia ‘B’ settled for 2nd in 50.4s and Team Abia ‘A’ came in 3rd with a time of 50.5s.

In the men’s category in Enugu, it was a three-way show amongst the trio of Olisakwe Chukwudi, Thankgod Igube and Victor Peka in Enugu. These three athletes dominated their Heats and got people standing up in applause during the finals of the 100m and 200m events. Having been part of the Nigerian team at the African Juniors Championship in Ethiopia, the trio were undoubtedly the fastest sprinters on show, and their rivalry and camaraderie made the sprints a real spectacle.

In the keenly contested 100m final, Chukwudi emerged tops to clinch the top spot, running the race of his life to win in 10.3s. Igube came in 2nd with 10.34s, while Peka took 3rd position in 10.35s.
It was the same tale in the men’s 200m final, but this time around the three athletes swapped positions in the Top 3.

Igube ran a perfect race in the bends, shaking off a late surge from Peka towards the home stretch to ensure that he finished 1st in a time of 21.0s. Peka settled for 2nd spot in 21.1s, while Chukwudi made sure it was another Top 3 finish in the 200m, placing 3rd also with 21.1s.

Igube and Chukwudi starred again in the 4x100m relay, teaming up to help Team Enugu to victory as they won the race in 41.5s. While Peka anchored another relay team calling themselves “Team Top Sprinter” to a 2nd place finish in 42.0s, Team Plateau ‘A’ came 3rd in 42.6s.

Nnabugwu Gbaruko won the boys’ finals in 11.2s, while Apeh Kingsley came in 2nd with a time of 11.3s, with Ozor Nwaji finishing 3rd in 11.5s. Interestingly in the relays, all three teams FGC Enugu presented out of the four teams that competed took the first three positions, with times of 46.2s, 47.1s and 47.9s respectively.

The Enugu auditions was an upgrade from the one held a week before in Ibadan, with the competition for places becoming more intense. In a distinguishing sense, athletes posted better times in their races, in contrast to that of Ibadan. Former National Champion, Obinna Metu, who was present during the two days that the Top Sprinter auditions took place, had nothing but praise for Making Of Champions for coming up with such an initiative.

“Honestly I am very happy that this competition (Top Sprinter) is being brought to Enugu. It’s been a while we had a competition of this calibre in this town, which is known to have produced good athletes in the past. I am also impressed by the performance of the athletes who have competed thus far, and we hope that this will be a continuous occurence”, Metu told Making Of Champions.

Having completed the regional auditions of the Top Sprinter Genesis and with the quartet of Emedolu, Obikwelu, Aliu and Alozie selecting the Top 50 athletes in each location that will have a chance to participate in future boot camps with them, where these coaches would look to hone these chosen ones into world beaters.

The Top Sprinter Auditions will return later in the year, and athletes from all over Nigeria will once again have the chance to become part of the search for Nigeria’s next generation of Olympians! 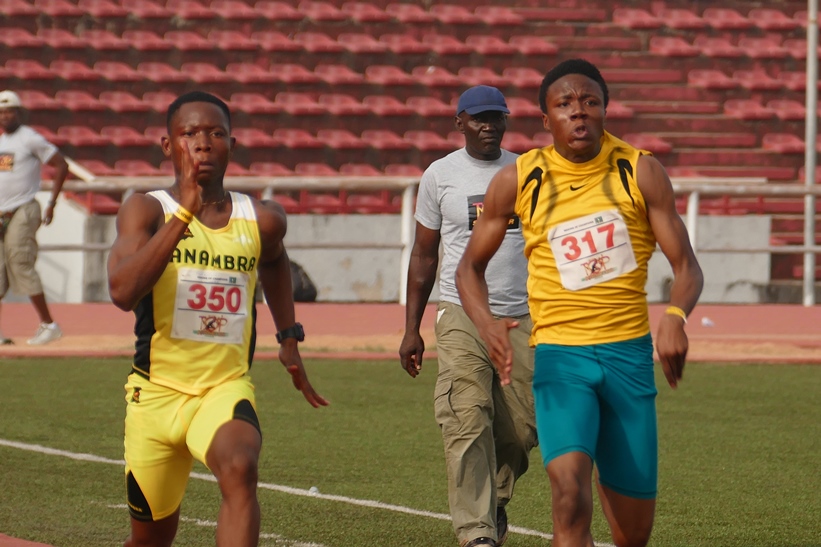 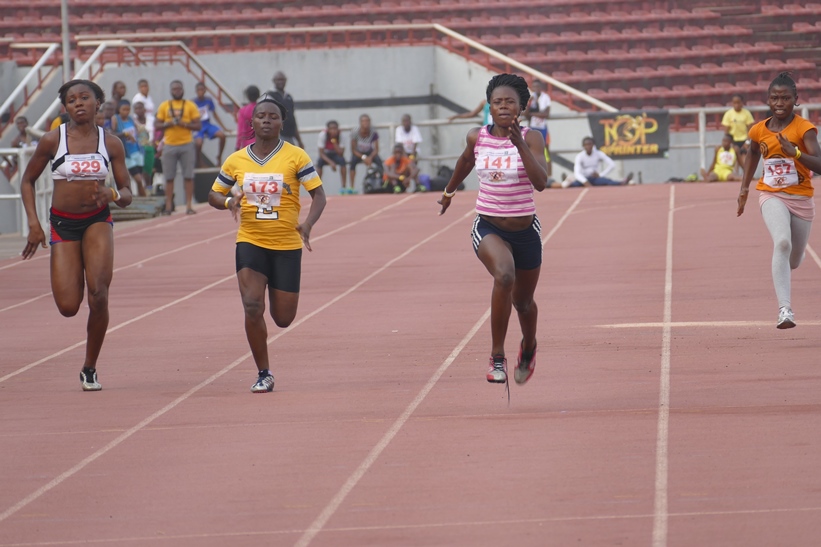 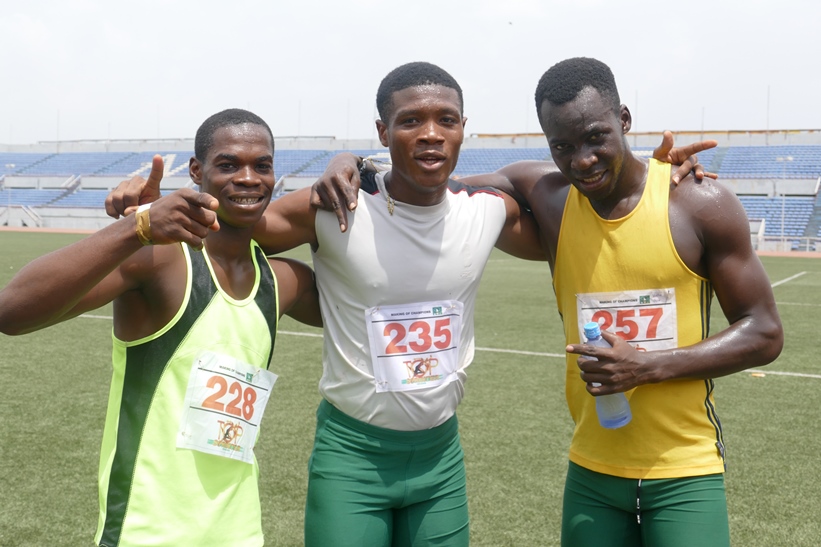