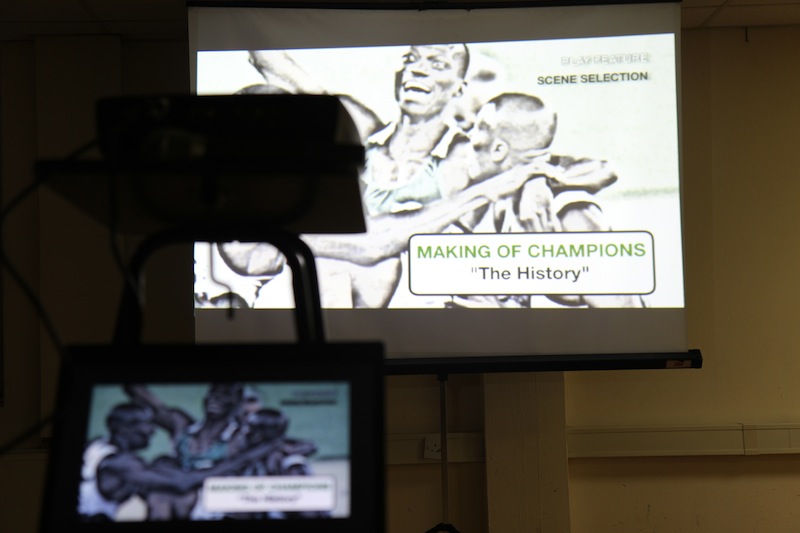 Over the weekend I was very privileged to be part of a strategy session on Nigerian sports hosted by the country’s Minister of Sports, Mallam Bolaji Abdullahi. This 3 day retreat was held in Abuja from Friday through to Sunday and was arranged by the Honourable Minister following the completion of the World Championships a week ago. During the Championships I received a congratulatory message from the Minister for my blog article about Blessing Okagbare winning Nigeria’s first World Championship medal since 1999 in the Long Jump – until now I am unsure how exactly he came across the blog. If that was a surprise, one can imagine my initial disbelief when the day after the Championships ended I received a follow up email from his special assistant inviting me as a consultant for the strategy session in Nigeria by the end of the week!

Despite my recent chops as a filmmaker and blogger (both of which got the Minister’s attention), travelling as a consultant to Nigeria has become second nature to me over the last year, so I quickly pulled together some slides and on Thursday night, 3 days after the session was called for, the National Sports Commission flew me out with two other sports consultants from London to Abuja to join the retreat at the Nicon Luxury Hotel. This was no ordinary session – the Minister had called for the Federation Presidents (or other representative) of the 5 sports which have been identified as the highest potential medal sports for Nigeria – Athletics, Boxing, Taekwondo, Weightlifting and Wrestling. This was likely the most high profile meeting about sports in Nigeria since the session that immediately followed London 2012, where Nigeria went home with no Olympic medals for the first time since 1988. The Director General of the Sports Commission, Gbenga Elegbeleye and his special advisor, 5 time Olympian Mary Onyali were in attendance as were Yakmut Al-Hassan, Bolaji Ojo-Oba and Dr Abdulkadir Mu’azu from the Sports Commission. Representing the Federations we had Solomon Ogba (Athletics President), Commodore Omatseye Nesiama (Athletics), George Ashiru (Taekwondo President), Azania Omo-Agege (Boxing) and Emmanuel Osoma (Weightlifting), to mention a few. The Wrestling Federation President, Daniel Igali is a World and Olympic Champion for Canada, and he cut short his trip there by 3 days to attend this session in Abuja. It was clear to everyone that the Minister meant business – he clearly does not want a repeat of London in Rio!

The agenda for the session was setting up a High Performance System for Nigeria, and it was very quickly agreed that the new system should have both Elite and Developmental components, to support both the urgent need ensure we get medals of any colour in Rio 2016, while also laying the groundwork for more medals in 2020. I am pleased to say that my contribution was quite significant – on the first day I presented the pyramid framework for thinking about High Performance Systems in Sports. Basically, a good system should have the wide base and good depth (that is, as many people as possible partaking in the sport from a young age) and it should be designed such that the very best rise through the system at each stage to get to the top of the pyramid – this framework was well received and the Federations have already started adopting it as the template for their respective high performance systems.

On the second day I presented slides showing the business models of how Athletics is funded in the US, UK and Jamaica. Interestingly, both UK Athletics and USA Track & Field have publicly available financial statements, so I stressed the importance of that level transparency which we have to aspire to in Nigeria to pave the way for increased corporate sponsorship in sports. On the final day, I kicked off the session with a video of an interview I conducted with a rising star of Nigerian Athletics who only switched from competing for the US a couple of years ago. I used it to emphasise the importance of getting our athletes their training grants on time, and to show how we need to start marketing them better so that Nigerians actually know that we have some good athletes, and to increase the athletes’ chances of securing corporate endorsements in Nigeria and abroad!

Obviously there was plenty more discussed over the 3 days and such was the passion and energy that the Minister brought to the discussion, it does give me hope that some real change is on the way in Sports in Nigeria. Particularly, watch out for some key announcements regarding the High Performance System for Nigeria before the end of the year. IF this system works, it could be completely transformational for Sports in Nigeria. Athletics (Track & Field) did somewhat dominate the proceedings during the session – for me the intense focus on that sport re-affirms my staunch belief that Nigeria can dominate Athletics globally in a few years IF we get the system working properly. This is not to discount the other 4 priority sports – Nigeria’s first three Olympic medals came in Boxing, which has brought us 6 medals in total (compared to 13 Olympic medals from Athletics).  In more recent years we’ve won a medal each in Weightlifting and Taekwondo, and of course Daniel Igali won Gold in Wrestling, albeit for Canada. Clearly Nigeria has a strong potential in power-based sports, so I’ll be keenly watching to see if we can capitalise on the momentum started by these meetings to return to winning ways at the next Olympics!

Undoubtedly, I look forward to other sports coming into the High Performance System discussions at some point. Particularly, it would be great to see Nigeria build on the first ever appearance by the basketball team at the Olympics in London (D’Tigers are currently in Cote d’Ivoire contesting the FIBA Afrobasket Championships in the quest to become African Champions for the very first time)! I think Table Tennis has always been popular within Nigeria, so it would be great to see the country produce more Olympians in that sport too. All in all, it was an absolute honour to be included in the very highest level of discussions on sports in Nigeria, and I wish the Honourable Minister the very best in getting Nigeria’s High Performance System working! Ultimately, the system has to be an enabling environment for the youth to play sports to the highest level and get an education while doing so, and a transparent environment for Corporate Nigeria, because as we can see from most countries around the world, it is impossible for Sports to thrive without corporate sponsorship which remains the vast majority of sports funding the world over!

Given the mixed fortunes of some of our former sportspeople after retirement, the minister has already suggested what should be the topic for my next documentary: “What does life after sports hold for our ex-sportsmen and women?” That’s a good one, so you never know, watch this space… 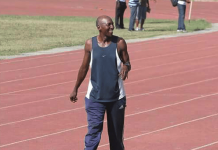