It was a Super Saturday for Team Nigeria with a lot to cheer about in Football, Basketball and Boxing on Day 9 of the ongoing Rio 2016 Olympics, although it was not so great for Track and Field.

Let’s recap some of the great moments on late Saturday and early Sunday morning that sufficed fans for staying up late to watch various Nigerian teams, and the ones that left them crestfallen.

Earlier, Chierika Ukogu gave a taste of what was to come after she finished 2nd in her Singles Sculls rowing event with a time of 7:44.76, although she did not finish with a medal, she became the first Nigerian athlete to compete at that stage and now most people in the country know about the sport because of what she was able to do in Rio.

In Athletics, Nigeria’s duo of Margaret Bamgbose and Patience Okon-George qualified for the semis of the women’s 400m, but National champion Seye Ogunlewe and Ogho-Oghene Egwero could not make it to the semis of the men’s 100m.

Blessing Okagbare who competed in the women’s 100m semis finished 3rd in heat 3 with a time of 11.17s which was not enough to qualify for the final.

In Heptathlon, Uhunoma Osazuwa finished 29th overall with a total of 4916 points after she was disqualified in the 800m, the last event of the seven combined events.

Meanwhile in football, the under 23 Dream Team defeated Denmark 2-0 to qualify for the semis and will now play against Germany on Wednesday.

Then in Boxing, Efe Ajagba needed just one round to knock out his Trinidad & Tobago opponent and qualify for the quarterfinals of the men’s Super Heavyweight 91kg category.

To crown what has been a successful day for Team Nigeria, D’Tigers roared to their first victory of this Olympic Games beating Croatia, and they now need a win over Brazil to stand a chance of going it through to the quarterfinals. 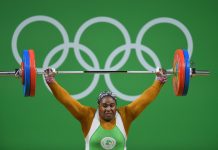 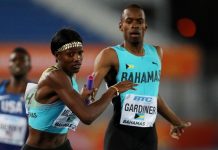