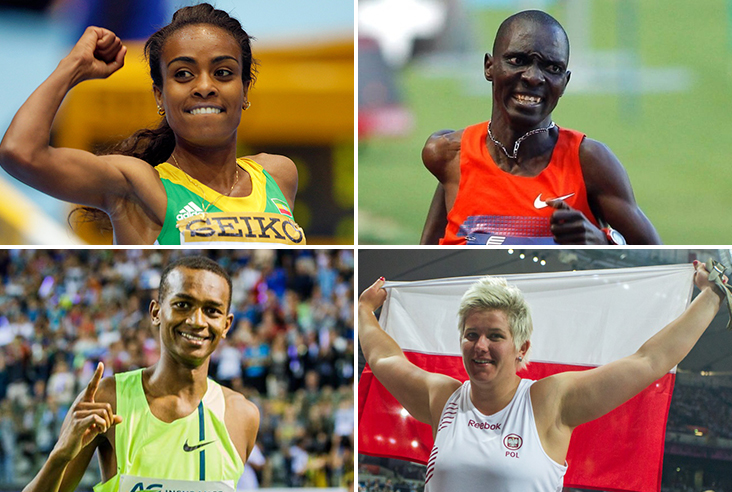 The art of breaking World Records (WR) is a rare privilege only a few athletes will enjoy in their lifetime. But breaking the WR at the World Championships leaves long lasting memories that will be even more difficult to erase. As the world gets set to enjoy the 2015 IAAF World Championships about to take off in Beijing, we bring you a list of World and Championship Records that stand a risk of being erased.

Breaking records has become Genzebe Dibaba’s stock in trade; after all she has been dubbed the master of all trades.  And if her dazzling form this season is anything to go by, the Ethiopian is expected to launch another attack on older sister Tirunesh’s 5000m WR of 14:11.15 set in 2008. Dibaba has left no one in doubt as to her abilities, especially during the indoor season. However, she will be yearning to translate this success into records in the 5000m.

She already holds the Indoor WRs in the 3000m, 1500m and 2-mile races, all set in 2014, making her one of only three athletes in history to break three WRs in three different events within 15 days. She joins the exclusive class of Jesse Owens and Usain Bolt in this regard, and stands alone as the only one to do this feat in three different cities and meets, and in individual events.

The 24-year old went on to set the African Record, and then WR in the 1500m in July, and is now looking forward to doing same in the 5000m. She has been entered in for both the 1500m and 5000m at the Beijing World Championships, but may eventually opt for only one of the events. She said, “I have been dreaming of an outdoor world record for ever. Now I want them all: the 1500m, the 5000m, even the 800m”.

Fellow Ethiopian Almaz Ayana tops the 2015 standings with 14:14.32, while Dibaba follows with a PB of 14:15.41, which she clocked enroute her victory at the Paris Diamond League where she defeated  Ayana. She also secured two other victories at the Diamond League meetings in Eugene and Rome but was unsuccessful in her attempts at the WR.

The women’s 5000m final in Beijing is expected to be a two-horse race between Dibaba and Ayana, and the former still has a point to prove, following her 8th place finish in Moscow 2013: “Everybody expects me to win the GOLD medal. I have to do it, especially after what my sister has achieved. I have to do the same, if not better”, she said. 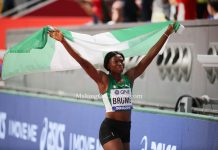