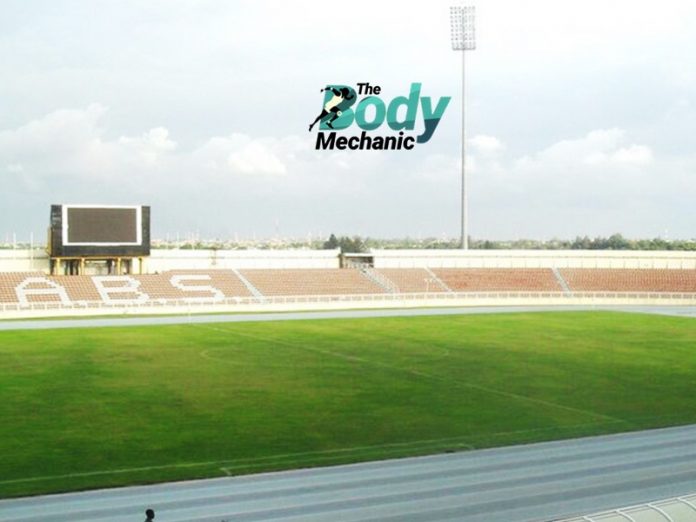 Saturday 27th rounded up the National Championships in Kaduna and has led us nicely into the forthcoming African Games taking place in Rabat, Morocco, from the 16th to 30th of August. So what observations did I make this time around?

Shortly after our arrival on the 25th of July, there was an announcement that Team Nigeria’s training camp in preparation for the African Games, (which had been set up to train the athletes picked for the Games following the National Open Trials), was to be dissolved, so that those who met the standard at the National Championships could be considered for the team. This definitely set the scene for the competition as athletes who had previously been picked during the Open Trials, were no longer assured of their position on the team by the start of the meet!

Just as with the Open Trials a couple of weeks back, a competitive spirit was in the air. Athletes competing in varying events were ready to put their hard-earned skills to the test. It was interesting to note too, a recurring pattern in that though there were various rivalries amongst the athletes themselves, there was also the innate rivalry within each individual, prompting the competitors to desire more than they had achieved in previous competitions, hence the many success stories of new Personal Bests (PBs).

Camaraderie was thick in the air too as athletes and rivals celebrated their fellow athletes’ achievements in full scale. It was especially warming to witness the sincere support for those competing in the Masters’ events. Rarely a moment went by without huge cheers of support as the older athletes participated in their chosen events. I was particularly struck by the winning spirit of several of the Masters athletes who participated, and though running in the same heats as the standard athletes, ran their own races at their own pace. Their continued energy, vigour and determination was very inspiring.

Despite the regular negative news we hear about Kaduna, I only have good things to say about the city. The locals where we found ourselves were very friendly and more often than not, went out of their way to assist my colleagues and I in finding our way around the city. It definitely has a quieter atmosphere compared to Lagos and as I have a natural affinity towards nature, it was nice to see some greenery around too. I am still in shock at the fact that several of the ‘kekes’ (tricycles) I took to get from A to B dropped me more or less right at the doorstep of where I was headed. This is definitely not a common occurrence in Lagos!

On a side note, following MoC’s 2nd Grand Prix and the availability of the free Physiotherapy booth, seems there might have been a general misunderstanding that I am a Physio for all athletes at all competition sites. I have had various Facebook messages regarding treatments and athletes approaching me for assessments for this or that. This went as far as an athlete calling me a horrible person for not seeing to them during the competition despite me having my role as MoC’s Physiotherapist to attend to.

I must admit, I initially felt bad but I also realised that in order to maintain my well being I can’t carry that weight on my shoulders.  So for clarity’s sake, the free Physio booth was an offer made available for the MoC Grand Prix only. As my latest favourite saying goes, ‘I can’t come and kill myself.’

For most athletes, the end of the National Championships equates to the end of their 2019 competitive season. However, I’m sure training doesn’t end there. After all, there is next year’s season to prepare for and in the world of Athletics, stopping is almost the same as starting from scratch. Congratulations to all those who have made the Nigerian team heading to Morocco in August  and a huge well done to all the athletic participants who stepped out and gave their all on the Track and Field of Ahmadu Bello Stadium in Kaduna.