Home Uncategorized Obikwelu still running for Portugal but giving back to Nigerian Athletics!

At the age of 36, Francis Obikwelu still runs for his adopted country, Portugal. This is coming eleven years after he made history by becoming the first individual athlete to win a medal for the Iberian nation at the Olympics, winning silver in the men’s 100m at the 2004 Athens Games.

We caught up with Obikwelu at the 2015 World Relays in Bahamas, where he talked about his aspirations to qualify to run at both the 2015 World Championships and the Rio Olympics next year! He also offered some word of advice to the Nigerian team:

It is interesting that Obikwelu is still considered good enough to make the Portuguese team that competed in the men’s 4x100m event at the World Relays. Although they didn’t get to the final, they would be hoping to earn a qualification spot for both the Worlds and the Olympics, which means that Obikwelu could still be on the plane to Brazil next year.

Even before he started running for Portugal, he was already running under 10 seconds in the 100m for Nigeria. Between 2000 and 2001, he did 9.97s and 9.98s (twice) in the men’s 100m, and went on to break 10 seconds four more times for Portugal. He remains the only person to have run sub 20 seconds in the 200m for Nigeria, so it does make one wonder how we (that is, Nigeria) allowed one of the best athletes to ever grace the tracks for the nation slip through our fingers.

Obikwelu’s reasons for switching nationality are well documented. Most Nigerians surely had sour-grapes seeing him in the colours of Portugal, especially after he won that unprecedented Olympic Silver medal for his adopted country. – no male athlete representing Nigeria has ever won an individual medal in Track & Field at the Olympics.

In that epic race in 2004, Obikwelu came into the contest unheralded, but stunned the world when he finished second behind America’s Justin Gatlin. Looking at that line-up for that 100m final, four out of the eight finalists still race competitively today:  Kim Collins, Asafa Powell, Gatlin and Obikwelu. They each still have a shot of being at the Olympics next year. You don’t see many athletes well into their 30’s still running competitively, when bodies are already giving in.

How is Obikwelu giving back to Nigeria?

This year, Obikwelu teamed up with Making of Champions for the Top Sprinter reality show, travelling to Nigeria from his base in Europe alongside fellow Olympics Silver medallist Glory Alozie. They teamed up with Olympic Bronze medallists Deji Aliu and Uchenna Emedolu to complete the quartet of Top Sprinter judges for the show.  So far, at three nationwide auditions in Lagos, Ibadan and Enugu, they have screened 400 athletes and pre-selected 50 of them for the Boot-camp which will be coming up later in the year.

Upcoming athletes were inspired at the mere sight of these Top Sprinter coaches training with them, and MoC has since been inundated with requests by athletes who want the next auditions brought to their regions.

Obikwelu may not be running for Nigeria, but he is already playing a vital role in the revival of athletics in Nigeria with his involvement in the Top Sprinter talent search! 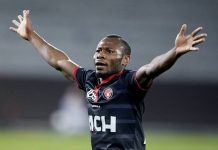 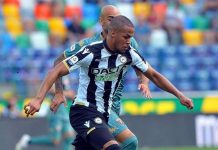 Fraser-Pryce, Ta Lou & Asher-Smith off to good starts in 100m heats, gunning for the World Title in Doha