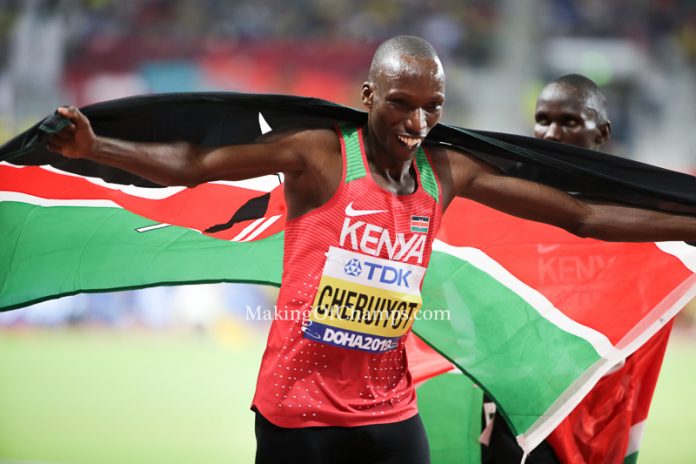 The men’s 1500m in 2019 has been dominated by Kenya’s Timothy Cheruiyot, winning all the contests he was entered in over the distance but one, and he made that dominance count racing to his first ever World Title at the World Championships in Doha.

As the gun went off, Cheruiyot decided to control the race from the start, going all out while he was tailed by his compatriot, Ronald Kwemoi but the overwhelming favourite wasn’t to be denied GOLD after he finished 2nd at the London 2017 World Championships.

Marcin Lewandowski with his trademark style of finishing strongly, came through well as he earned Poland’s first medal of any colour at the World Championships in the men’s 1500m, running a new Personal Best (PB) and National Record (NR) of 3:31.46 for bronze.