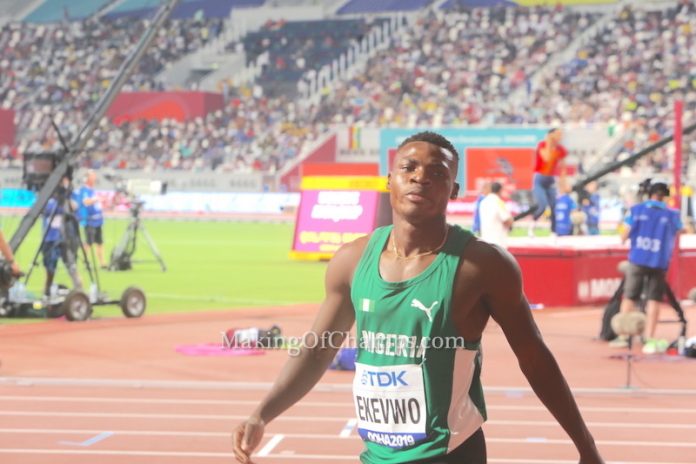 Day one of the 17th edition of the IAAF world championship taking place in Doha saw four Nigerian athletes take to the track of the Khalifa International Stadium.

African Games Champion, Raymond Ekevwo, was the only 100m runner to make it into the semis among the pool of two athletes that represented Nigeria, as he ran a controlled race to place second in 10.14 behind defending champion Justin Gatlin in his Heat.

National Champion, Usheoritse Itsekiri, didn’t make the final after he placed 7th in his Heats, while Divine Oduduru, who is the joint second fastest runner in the 100m this year with 9.86s, Did Not Start (DNS) his race as he has opted to focus his attention in the 200m and 4x100m.

Rilwan Alowonle qualified for the semis of the men’s 400m Hurdles after he clocked 50.04s to place 4th in his Heat.