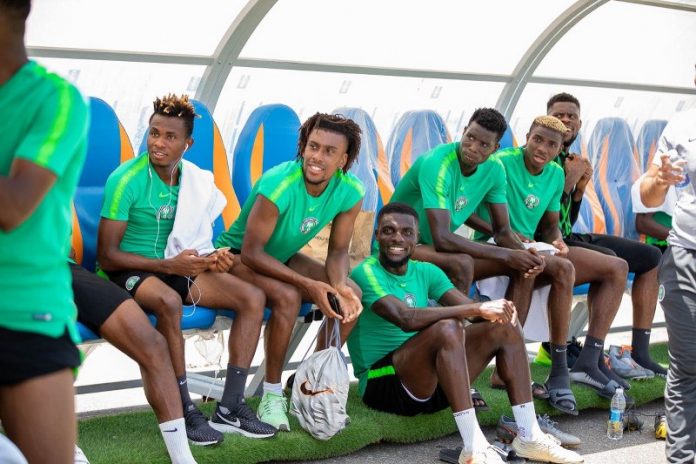 The Super Eagles of Nigeria will look to book a spot in the final of the Africa Cup of Nations (AFCON) on Sunday when they take on the Desert Foxes of Algeria in the Semi Final of Africa’s biggest football competition.

The team claimed a dramatic late win in their AFCON quarter-final contest with South Africa as they deservedly edged their way to a last-four meeting with the North African team following a solid performance.

Samuel Chukwueze opened the scoring for Nigeria in the 27th minute but the South Africans levelled with just under 20 minutes remaining before the late drama saw William Troost-Ekong bundle home following an error from South Africa ‘keeper Ronwen Williams.

After several poor performances in this tournament, the Super Eagles were by far the better team and look to be hitting form at the right time which would make it a surprise if they make any changes to their starting XI.

For the Algerians, they progressed to the last-four of the 2019 Africa Cup of Nations as they overcame a dogged Ivory Coast side who pushed them all the way having forced a penalty shootout in their quarter-final clash.

The Algerians went ahead in the 20th minute through Sofiane Feghouli but conceded their first goal of the tournament with just under a third of the game remaining with the scores remaining level for the rest of normal time and through extra time too.

Algeria scored their last penalty in the shootout and progressed when Ivory Coast struck the post with their final effort to claim the 4-3 win but they may be without Youcef Atal who had to be withdrawn after just 30 minutes of the quarter-final after a nasty landing on his arm.

It is interesting to know that the North African side failed to win a single group game in the 2017 Africa Cup of Nations, finishing third behind Senegal and Tunisia, and found themselves bottom of their group during 2018 World Cup qualifying – a stark contrast to when they reached the 2010 and 2014 finals.

However, the appointment of former midfielder Djamel Belmadi in November 2018 has completely changed Algeria’s fortunes, with the new manager still unbeaten after 11 games at the helm.

Team News
-Algeria right back Youcef Atal picked up a shoulder injury in their the quarter-final clash with Ivory Coast and is a doubt for the game. Mehdi Zeffane is expected to take his place.

-Nigeria coach Genort Rohr is expected to remain unchanged, with Samuel Chukwueze likely to remain in the starting eleven, after scoring in the 2-1 quarter final victory over South Africa.

Head To Head
Nigeria’s predominance over Algeria in past competitive fixtures is emphatic, with the Super Eagles winning seven of the last nine between the two sides.