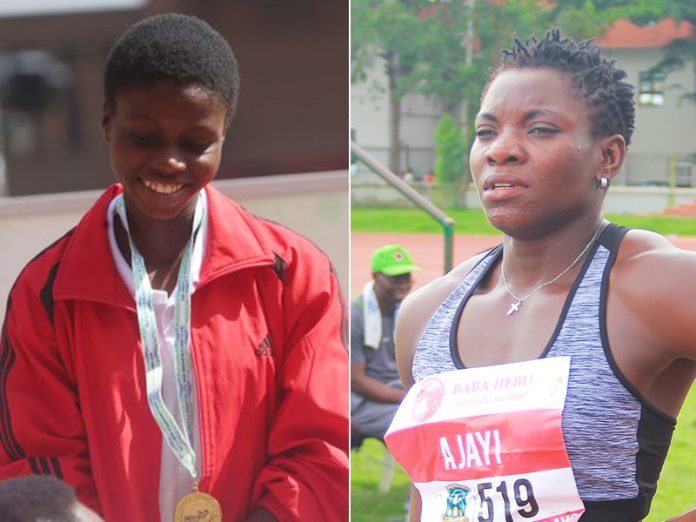 It is said that lightning never strikes the same place twice, but 2018 National Sports Festival (NSF) women’s 400m Champion, Imaobong Nse Uko will be hoping to be the exception to that proverb when she faces African Championships double medallist, Yinka Ajayi at the 2nd Making of Champions (MoC) Grand Prix this weekend.

Six months after going head-to-head at the NSF in Abuja where Uko emerged the surprise winner of the women’s 400m, a duel between the duo is in the offing as the youngster will once again face off with her older counterpart who will be opening her 2019 season in the 400m, at the Grand Prix.

Ajayi is the MoC Grand Prix defending champion, having won the title last year with a time of 52.08s to finish ahead of Rita Ossai (54.40s) and MoC’s Ifunanya Muoghalu (54.88s). She also claimed the 200m crown as well.

Three of the eight finalists from that scintillating 400m final at the NSF will be in action this weekend: Uko, Ajayi, and Nyenke. Also joining them are the medallists from the 2019 U-20 National Championships held in Ilaro – Charity Agofure, Blessing Oladoye and Blessing Ovwighonadjebere.

After dazzling all and sundry with her impeccable performance at the NSF where she set a PB of 52.36s, Uko opened her 2019 in Ilaro where she clocked a Season’s Best (SB) of 55.59s to win her heat in the U18 category. She then lowered her time to 54.46s to win the final, thus earning her spot on the team to the African U18 and U20 Championships in Abidjan.

However, she didn’t travel with the team as she had to focus on her exams. The 2nd MoC Grand Prix will be only her second competition this year, and everyone will be waiting with bated breath to see if she can pull off the same feat she accomplished in Abuja last December.

Considering that Ajayi, who is representing the Nigeria Police, hasn’t run the 400m this year, Athletics followers would also be eager to see the form that she’s in ahead of next month’s National Trials, seeing that qualification for the African Games and World Championships is at stake.

Ajayi’s only competition this season was the IAAF World Relays where she formed a part of the 4x400m quartet that raced in the heats and finished 18th overall. And so she would be keen to see where she stands in terms of her level of preparedness for the season.

The Commonwealth Games Silver medallist would need to clock at least 54.74s to qualify for the African Games and 51.80s to secure a slot for the World Championships. With a PB of 51.22s set last year, Ajayi can surely scale this hurdle, and will give her all to retain her titles at the 2nd MoC Grand Prix.

Having won the ‘B’ final of the women’s 400m at last year’s edition of the competition, Reelfruit-sponsored Blessing Oladoye will be looking to upgrade to the ‘A’ final after posting a series of impressive performances this season, which eventually earned her a sponsorship from Reelfruit.

While racing at the National U-20 Trials in Ilaro, the teenager stormed to the overall fastest time in her category in the heats and final, a PB of 55.75s. She was narrowly beaten to GOLD in the final by Charity Agofure who won with a time of 56.58s as Oladoye followed in 56.72s.

The pair went on to represent Nigeria at the African U18 and U20 Championships in Abidjan and were part of the Bronze-winning quartet at the competition, along with Blessing Ovwighoadjebre who clocked 56.50s in her season-opener in Ilaro.

The trio will be banking on the depth of the field in Lagos to spur them into posting better times in a bid to qualify for the African Games, considering that the National Open Trials for the Games will be coming up later in the month in Abuja.

So will lightning strike twice for Uko at the 2nd MoC Grand Prix? Only time will tell!