Home Announcements Over 200 Athletes for 2nd MoC Grand Prix after 2 days of... 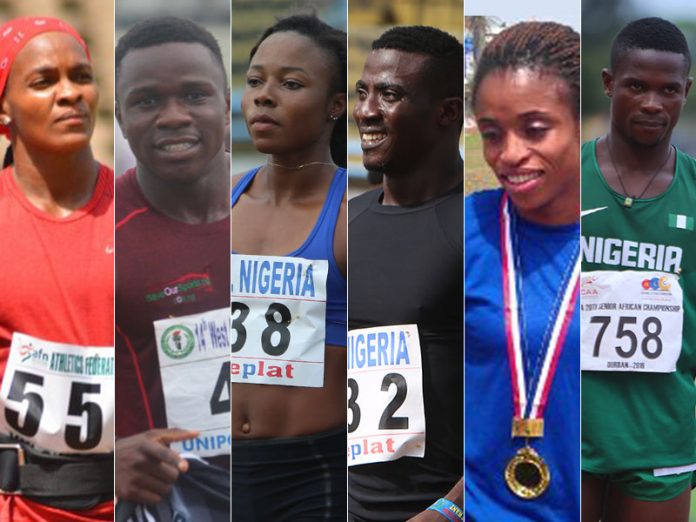 Nigeria’s top athletes are set to rekindle their rivalry at the 2nd Making of Champions (MoC) Grand Prix billed to hold this weekend at the Yaba College of Technology in Lagos, as more than 200 athletes have already registered for the event.

Here is the confirmed list of 215 participants as of 5pm on Monday, 10th of June. Registration is still ongoing, until Wednesday, June 12th, 2019. Athletes can register for the competition via this link: https://www.surveymonkey.com/r/2ndMoCGrandPrix

The 2nd MoC Grand Prix is the first domestic competition for senior athletes in two months and only the second this season after the Athletics Federation of Nigeria (AFN) All-Comers held in Ijebu-Ode in April. As such, the athletes are set to let their hands and feet do the talking on the Track and Field come Saturday and Sunday.

Some of the big names that have already signified their intention to compete at the two-day event include Enoch Adegoke, Queen Obisesan, Emmanuel Arowolo, Samson Nathaniel, Orukpe Erayokan, David Olowookere, Mercy Ntia-Obong, Peace Uko, Martins Ogieriakhi, Grace Ayemoba, and a host of others.

This will be Adegoke’s first appearance at the MoC Grand Prix, while Arowolo will be making a return after winning the sprint double at last year’s edition of the competition. Ntia-Obong claimed the women’s 100m title, while Obisesan dominated the women’s Hammer throw.

Both Erayokan and Olowookere are current National Sports Festival (NSF) Champions in their respective events and will be looking forward to extending their dominance at the 2nd MoC Grand Prix.

Athletes will participate in 28 Track and Field events, including events that weren’t featured last year such as the men and women’s 1500m, women’s Javelin, men and women’s Discus and men’s Hammer throw.