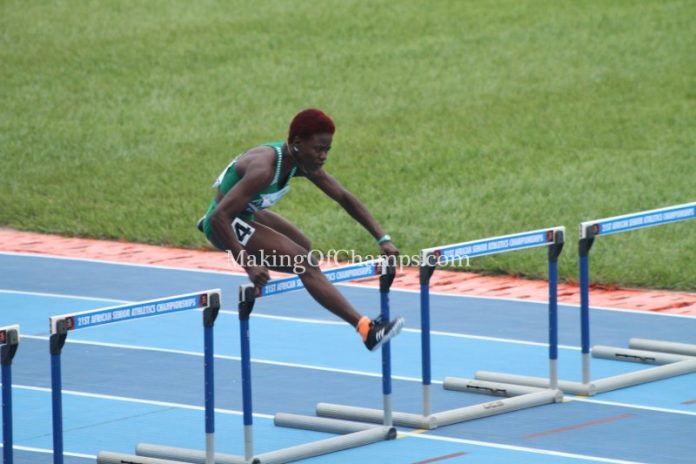 Tobi Amusan became the first athlete to win a medal for Team Nigeria at the ongoing African Senior Athletics Championships taking place in Asaba, Nigeria, as the hurdler struck GOLD in the women’s 100m Hurdles final.

Amusan, who is competing at her first senior African Championships, lived up to her pre-tournament hype as she breezed past her opponents in the heats earlier in the day to qualify for the final in 13.18s.

Going into the final, the Commonwealth Games Champion came up against South Africa’s Rikennete Steenkamp who had run the fastest time in the heats in 13.17s.

It was however a different tale in the final as Amusan streaked clear of the South African after the third hurdle, winning in a time of 12.86s.

This medal makes it the fourth GOLD Amusan has won for Nigeria after her previous successes at the 2015 African Junior Championships and African Games in Brazzaville, as well as the 2018 Commonwealth Games in Australia.