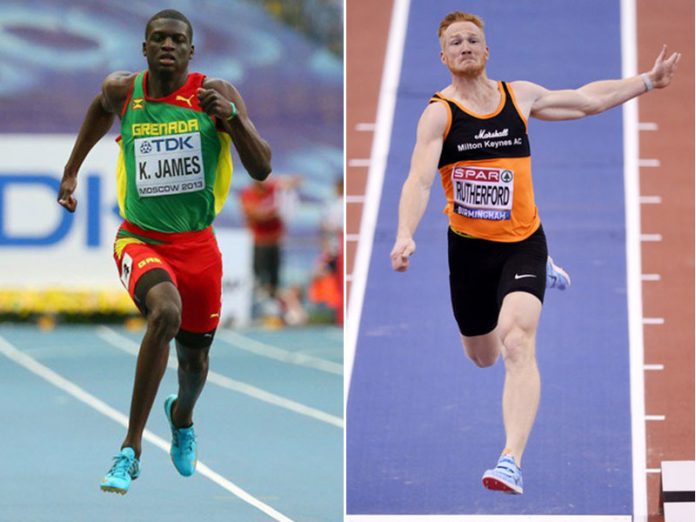 After a fabulous Diamond League (DL) meet which took place at the Louis ll Stadium in Monaco, focus will now shift to this weekend’s Anniversary Games taking place at the London Stadium.

The event which is billed to take place on Saturday and Sunday, is the eleventh stop of the series and is expected to feature a high calibre of clashes between some of the world’s best Track and Field athletes.

Here are some of the clashes to look out for at the Anniversary Games.

The men’s 400m race will witness the return of Kirani James to the venue of his Olympic triumph in 2012. The Grenadian hasn’t raced in the DL circuit since the summer of 2016, and he would be looking to get back into reckoning in the one-lap event.

However, he will have Abderrahman Samba to contend against, with the Qatari athlete opting to drop to the 400m flat after completely obliterating different records in the 400m Hurdles in previous DL meets this season.

Several big names are yet to nail down their place in the final in the men’s 100m, as victory has changed hands in the last three meets.

Fresh from victory in Rabat, Christian Coleman will be hoping that he can secure qualification with another win in London on Saturday. His compatriot Ronnie Baker, who pushed him to the finish line in the African city, is also in London and is expected to be his closest challenger.

Meanwhile Yohan Blake will be hoping to edge closer to the Top 8, as will local heroes Zharnel Hughes and Adam Gemili.

Despite claiming four victories over the 100m, Marie Josee Ta Lou has yet to stamp her authority in the 200m this season. However, she has an opportunity to do so in London, but she would have to compete against athletes that have run better times than she has in the event.

Topping the list of those athletes is Dina Asha-Smith, with the British sprinter boasting of a 22.29s run this season. Also, World Champion Dafne Schippers and Olympic Champion Elaine Thompson are on the start list.

Two years ago, Kendra Harrison shocked the world by running an astonishing, World Record (WR) breaking 12.20s at the London Diamond League. This weekend, she returns to the scene of her greatest triumph, knowing that she needs points to guarantee a place in the IAAF Diamond League Final.

While Brianna McNeal and Sharika Nelvis have already qualified, the level of competition is so high in the women’s 100m Hurdles this year that the race for the remaining spots has gone down to the wire.

London is the last chance to pick up points, and while the likes of Harrison and Christina Manning will be hoping to cling on to a qualifying position, others such as Nigeria’s Tobi Amusan and Norway’s Isabelle Pedersen will be hoping to break into the Top 8.

Dalilah Muhammad tops the DL standings in the women’s 400m Hurdles, with her wins from Shanghai and Oslo putting her in good stead ahead of the chasing pack. Her compatriot Shamier Little tops the World List this year, and should be the favourite in London.

Prior to the Monaco Diamond League, Kenya’s Wycliffe Kinyamal may have been the overwhelming favourite to claim victory in the men’s 800m as he already boasts of the second fastest time of the year. However, all of that changed yesterday as Nijel Amos bounced back into reckoning with a scorching World Lead (WL) and Meeting Record (MR) of 1:42.14.

With the Botswana athlete and Kinyamal’s compatriot Emmanuel Korir listed in the line-up in London, things are bound to get interesting.

Paul Chelimo and Muktar Edris will be looking for redemption this year after being pipped by Mo Farah in last year’s dramatic 5000m IAAF Diamond League Final, and both are well placed to secure qualification.

2015 and 2016 Diamond Trophy winners Yomif Kejelcha and Hagos Gebrhiwet are also looking to pick up enough points for passage to the final, while standings leader Birhanu Balew also lines up in the British capital on Saturday.

Britain’s Greg Rutherford will be back to the Stadium where he won an Olympic GOLD medal on the iconic Super Saturday in 2012. The Long Jumper will however have to face World Champion Luvo Manyonga, who is coming off a jump of 8.51m at last weekend’s Athletics World Cup.

In the men’s Pole Vault, the trident of Renaud Lavillenie, Sam Kendricks and Armand Duplantis will jostle it out once again.

What makes the battle all the more interesting is that Lavillenie won Olympic GOLD at this Stadium in 2012, while Kendricks emerged World Champion in the same arena last year. On Duplantis’ part, the Swede is ranked 3rd on the 2018 world list behind the aforementioned pair, and he also picked up a maiden IAAF Diamond League win in Stockholm.

Mariya Lasitskene will be looking to get back to winning ways in the women’s High Jump after she faltered in Rabat, with Mirela Demireva claiming victory. Although Demireva won’t be in London, Ukraine’s World Silver medallist Yuliya Levchenko is expected to push Lasitskene to the limit.