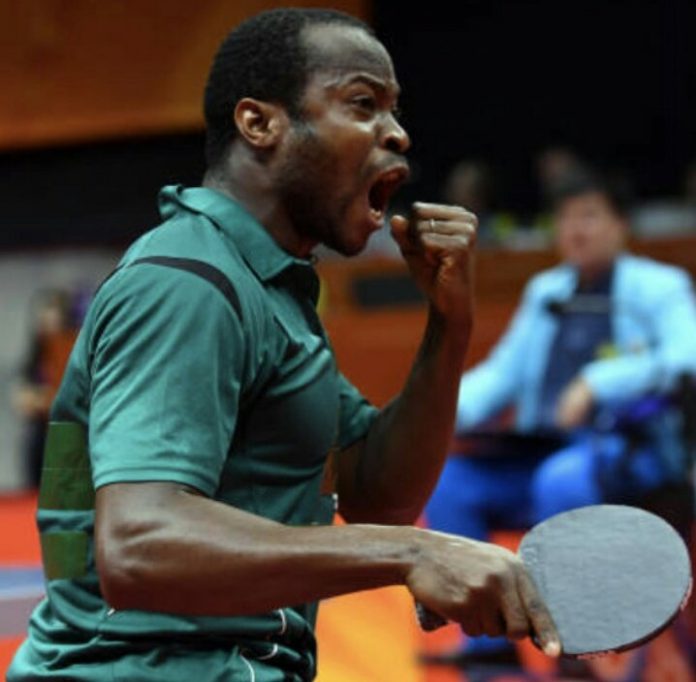 Nigeria’s sole competitor on the last day of the Commonwealth Games, Aruna Quadri, settled for a Silver medal after losing out to Singapore’s Nina Gao in the final of the men’s Table Tennis Singles event.

Quadri had earlier defeated India’s Sharath Achanta in four straight sets to get to the final, with the Indian clinching the Bronze medal after defeating Brit, Samuel Walker by four sets to one.

The Silver medal brings Nigeria’s medal haul at the Games to 24, with the country sitting 9th on the table with 9 GOLD, 9 Silver and 6 Bronze.