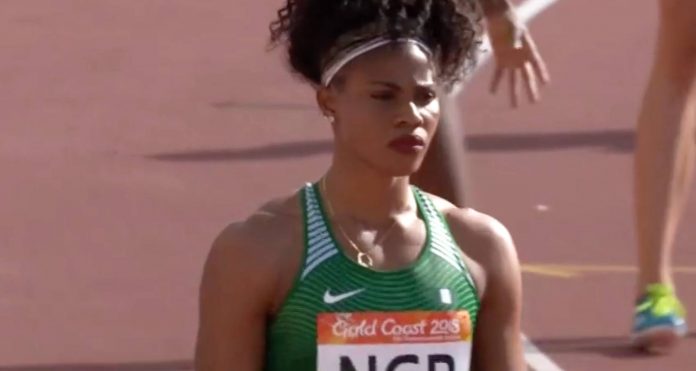 Nigeria’s first relay medal at the ongoing Commonwealth Games in Australia came from the women’s 4x100m team who competed on Saturday morning at the Carrara Stadium.

Joy Udo-Gabriel who is making her Commonwealth Games debut, ran a good first leg to hand over to Blessing Okagbare who took the second leg just as she did in Glasgow four years ago.

The seven-time Nigerian champion handed the baton to Tobi Amusan in 2nd place but double Olympic Champion Elaine Thompson who anchored for Jamaica, bridged the gap to win the Silver medal in 42.52s for the Caribbean nation as Nigeria settled for Bronze in 42.75s.

The English team proved too strong for the rest of the field, with Asha Philip, Dina Asher-Smith, Bianca Williams and Lorraine Ugen running a dominant race to take GOLD in a National Record (NR) of 42.46s.

It was a sad tale for Nigeria in the men’s 4x100m as the team was disqualified after dropping the baton during exchange, and the quartet of Ogho-Oghene Egwero, Usheoritse Itsekiri, Emmanuel Arowolo and Seye Ogunlewe would be left to rue the missed opportunity.

England took the GOLD in a Season’s Best (SB) of 38.13s, while Akani Simbine had a lot of work to do, receiving the baton in 4th place and pipping Yohan Blake at the line to take Silver for South Africa with a National Record of 38.24s. Jamaica had to settle for Bronze with an SB of 38.35s.