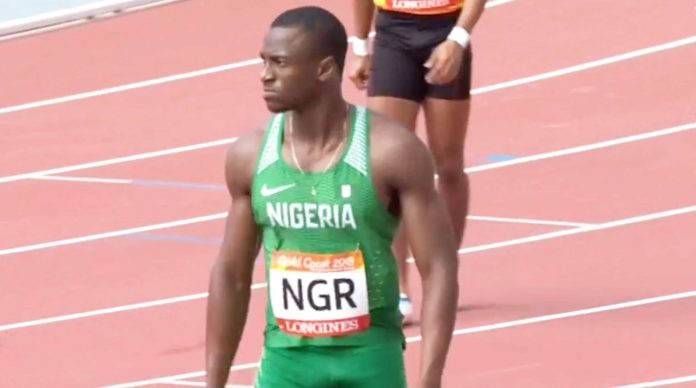 It was a mixed bag for Team Nigeria in the men’s relays as the 4x100m squad advanced to the final while the 4x400m men, despite finishing in 2nd place originally in their heat, were disqualified after running the heats at the Carrara Stadium on Friday morning.

Enoch Adegoke shot out of the blocks while competing in Heat 2 and established a good start for Nigeria, handing over the baton to Usheoritse Itsekiri who maintained a good pace, with Ogho-Oghene Egwero and Seye Ogunlewe running the 3rd and 4th legs respectively to finish 3rd behind England (38.15s) and Jamaica (38.44s), clocking a Season’s Best (SB) of 38.52s.

It was a day to forget for the 4x400m quartet of Orukpe Erayokan, Samson Nathaniel, Isah Salihu and Chidi Okezie who had initially finished 2nd behind Botswana in Heat 1. However, Nigeria was subsequently disqualified for a lane violation, and will not compete in Saturday’s final.

The host team Australia who initially clocked an SB of 3:04.22 to finish 4th, were also disqualified in Heat 2.

It was also an off outing for England as first leg runner Matthew Hudson-Smith appeared to have pulled a hamstring and collapsed on the track, dashing the country’s hopes of competing in the final.