Nigerian Table Tennis legend Segun Toriola has been forced out of the men’s Singles at the ongoing Commonwealth Games in Gold Coast, Australia, after succumbing to a knee injury while competing in the quarterfinals of the event.

Toriola who was a vital member of the men’s team which ended up winning Silver behind India, had to take charge and fill in the gap created by Aruna Quadri’s absence in the team event. Quadri, who is the highest ranked player in Gold Coast, had to sit out the team event due to ill health.

While competing at the Oxenford Studios on Thursday morning, Toriola who looked to be in pain with each movement, retired at 7-11, 5-9 against India’s Sathiyan Gnanasekaran. 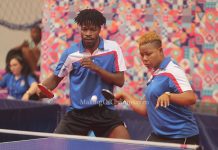 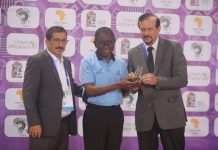