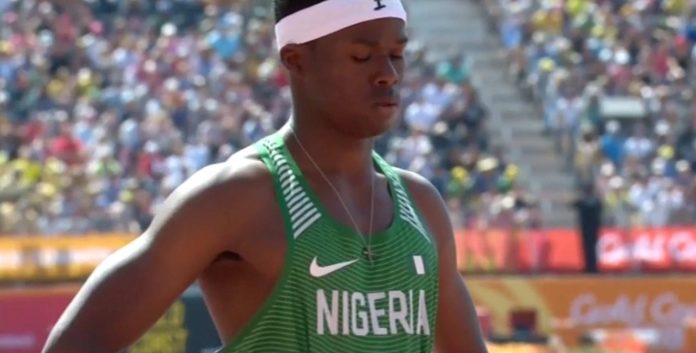 Team Nigeria’s Rilwan Alowonle put up an impressive display in his maiden outing for Nigeria as he held his own to place 5th in a star-studded men’s 400m Hurdles final at the Commonwealth Games in Australia.

The 25-year old returned a time of 49.80s to finish ahead of the more experienced pair of former World Champion Nicholas Bett and twin brother Aron Koech who took 8th and 6th position respectively, with British Virgin Islands’ Kyron McMaster taking the GOLD medal in a World Lead (WL) of 48.25s.

Alowonle had earlier clocked a Personal Best (PB) of 49.49s in the semis to book his place in the final.

Meanwhile Glory Nathaniel secured a 6t h place finish in her debut at the Commonwealth Games where she clocked a time of 56.39s as Jamaica’s Janieve Russell struck GOLD in 54.33s.

Nathaniel shattered her former PB of 55.30s in the semis, replacing it with a superior mark of 55.01s to advance to the final.