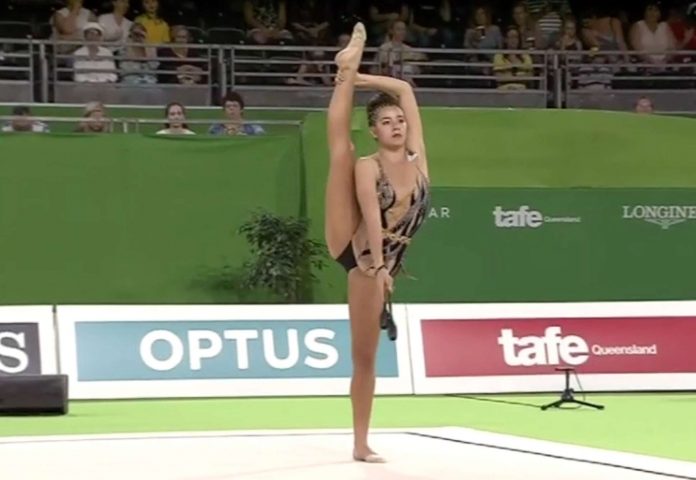 Jade Faulkner became Nigeria’s first female gymnast to compete in Rhythmic Gymnastics at the Commonwealth Games, as she competed in the Team Final and Individual Qualification Sub Division 1- Rotation 1 to 3.

In Athletics, quartermiler Yinka Ajayi settled for 8th place in the final of the women’s 400m race as she returned a time of 52.26s, with Botswana’s Amantle Montsho claiming victory in a Season’s Best (SB) of 50.15s.

Also, the duo of Praise Idamadudu and Isoken Igbinosun both settled for 7th place in the women’s 200m semi-finals respectively. Idamadudu crossed the finish line in a time of 23.69s while Igbinosun posted a time of 24.03s.

The country’s only male athlete in the half-lap event, Emmanuel Arowolo placed 8th as he finished in a time of 21.25s.

Equally, Long jumper Precious Okoronkwo, placed 14th overall in the Long jump Qualifying Round B after leaping to a distance of 6.12m.

It was a busy day for the Nigerian Table Tennis players, as the country’s No.1 player, Aruna Quadri, came back into the fold to team up with Segun Toriola in the men’s doubles event as they brushed aside Tomilson Simon and Watson Kane of Jamaica 3-0 (11-3,11-6,11-6) in the men’s doubles Round of 32.

Female boxer Yetunde Odunuga defeated Caroline Veyre in the Women’s 60kg Quarterfinal 3 by a 3-2 decision. The Nigerian will now fight against England’s Paige Murney in the semi-final. It was a different fate that befell her compatriot, Ayisat Oriyomi as she lost out to Carly McNaul of Northern Ireland.