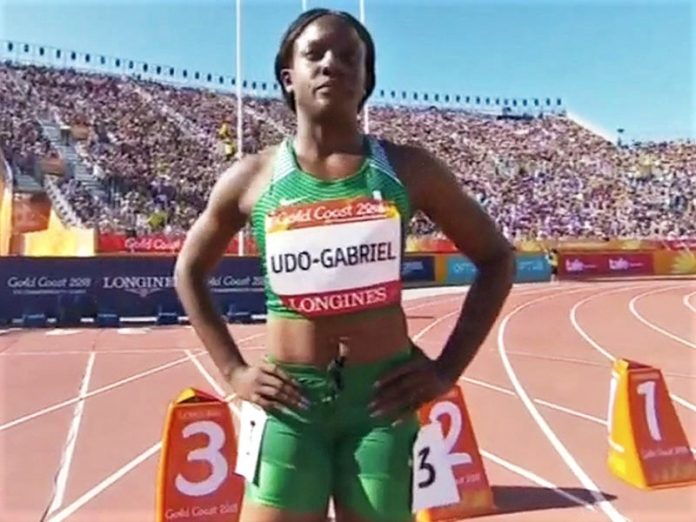 Making of Champions athlete, Joy Udo-Gabriel who is being sponsored by ARCO Group, made her first ever appearance for Nigeria at the ongoing Commonwealth Games in Australia after racing in the women’s 100m heats on Sunday at the Carrara Stadium in Gold Coast.

The 18-year old was drawn in Heat 6, and despite it being her first outing on the global stage, Udo-Gabriel kept her cool, shot out of the blocks at the sound of the gun and went on to smash her former Personal Best (PB) of 11.65s, replacing it with a superior mark of 11.42s to place 2nd and book her place in the semis. Jamaica’s Gayon Evans won the race in 11.37s.

She went on to compete in the semis two hours later where she narrowly missed making the final after placing 4th in her heat with the second fastest time of her career – 11.53s, and finishing 9th overall on the standings. She will now set her sights on the 4x100m relay scheduled to hold on Friday, April 13th.

This is an impressive international debut for Udo-Gabriel who made the Nigerian team after finishing 3rd in the women’s 100m final at the Commonwealth Games Trials held in Abuja in February, and was initially listed to compete only in the 4x100m.

However, with Blessing Okagbare not being listed in the 100m and 200m, the teenager was included in the 100m at the last minute, and turned out to be the fastest qualifier for Nigeria in the women’s 100m heats as Isoken Igbinosun and Jennifer Madu also advanced to the semis after finishing 3rd in their respective heats. The pair then placed 7th and 5th respectively in their semifinal races.

The Commonwealth Games will definitely serve as the perfect dress rehearsal for Udo-Gbariel ahead of the IAAF World U-20 Championships holding in Tampere, Finland, from July 10th to 15th.