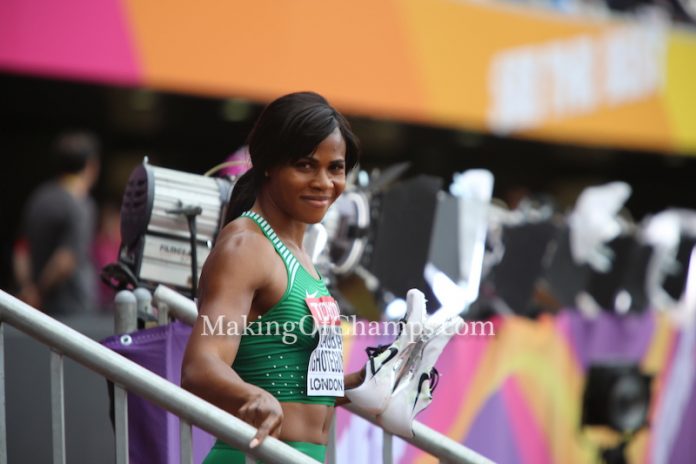 The Athletics Federation of Nigeria on Thursday released its team of 37 athletes that will be representing the country at the Commonwealth Games billed to hold in Gold Coast, Australia from April 4th to 15th, 2018.

Joining Okagbare is Oluwatobiloba Amusan who now competes for Adidas, and will be a major contender in the 100m Hurdles. Winners in several events at the recently-held Commonwealth Games Trials in Abuja, also made the list.

Conspicuously missing on the list of invitees is National 100m men’s champion Seye Ogunlewe who competed in the heats and semis of the Commonwealth Games Trials in Abuja. Also, reigning African and Commonwealth Games Champion in the women’s Long Jump, Ese Brume isn’t among the invited athletes.