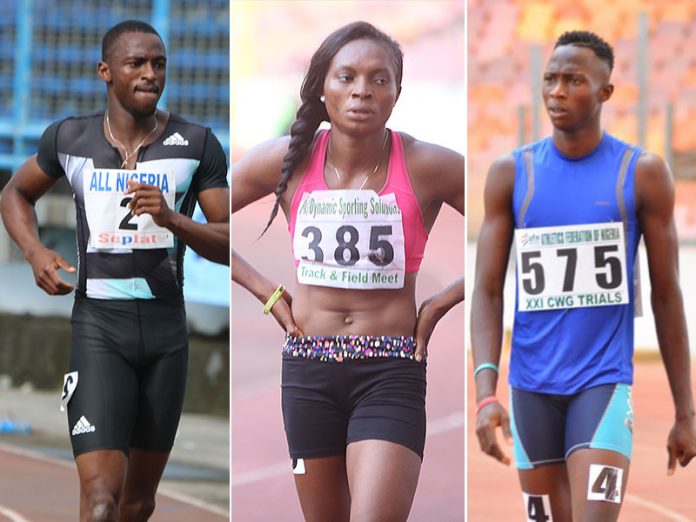 Nigeria’s reigning men’s 100m Champion Seye Ogunlewe was one of the star attractions on Day 1 of the Commonwealth Games Trials taking place at the main bowl of the National Stadium in Abuja.

The three-time champion  broke no sweat on his way to setting the overall fastest time of all the eight heats as he blitzed away from the rest of the chasing pack to win Heat 4 in a time of 10.31s.

What makes the time all the more remarkable was the fact that he chucked off six hundredths of a second from the men’s 100m Top list standings, which was set by former champion, Ogho-Oghene Egwero. 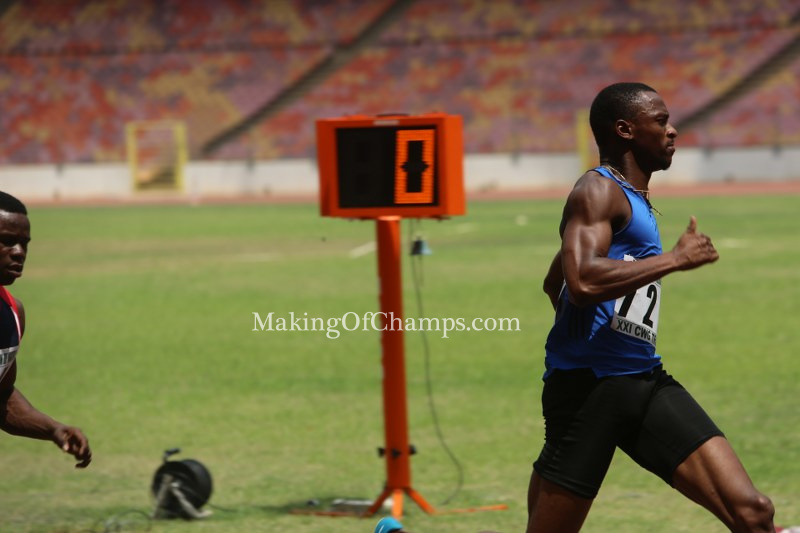 Another athlete who was impressive on the day was Isoken Igbinosun. Igbinosun, who was pitted in the same heat as the current second fastest woman in the country – Blessing Ogundiran, lowered her Season’s Best (SB) from 11.48s to win in 11.37s. Ogundiran placed 2nd in a time 11.68s. 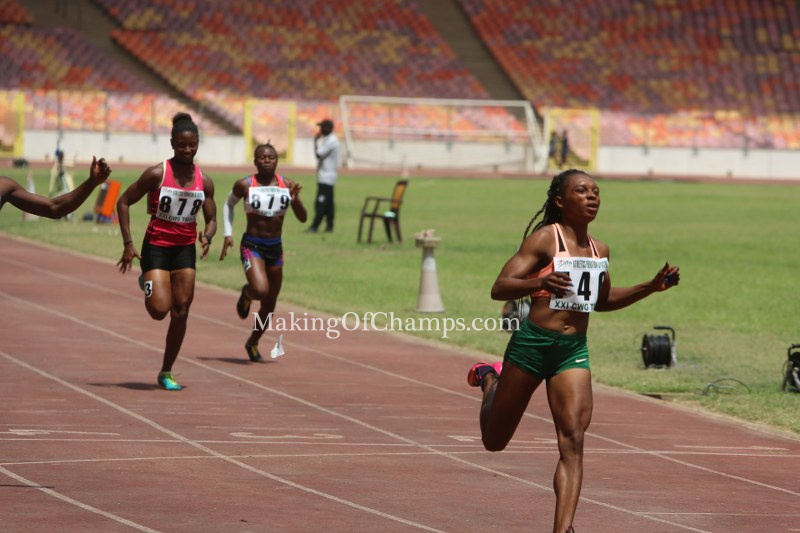 In other heats, Kids and Play’s Rosemary Chukwuma set a new Personal Best (PB) of 11.67s as she crossed the finish line ahead of Making of Champions’ (MoC) Chiamaka Egbochinam who placed 2nd in a PB of 12.01s. Mercy Ntia-Obong (11.72s) and Grace Ayemoba (11.73s) also won their respective heats.

Bamidele Emmanuel showed that his early season form has been no fluke as he continued to set the pace when it comes to the quarter-mile event in the country. The gangling sprinter who so far remains unbeaten in all his races this season, set the fastest time in the entire heats. His winning time of 46.17s was some hundredths of a second shy of his PB of 46.11s set in Port Harcourt. 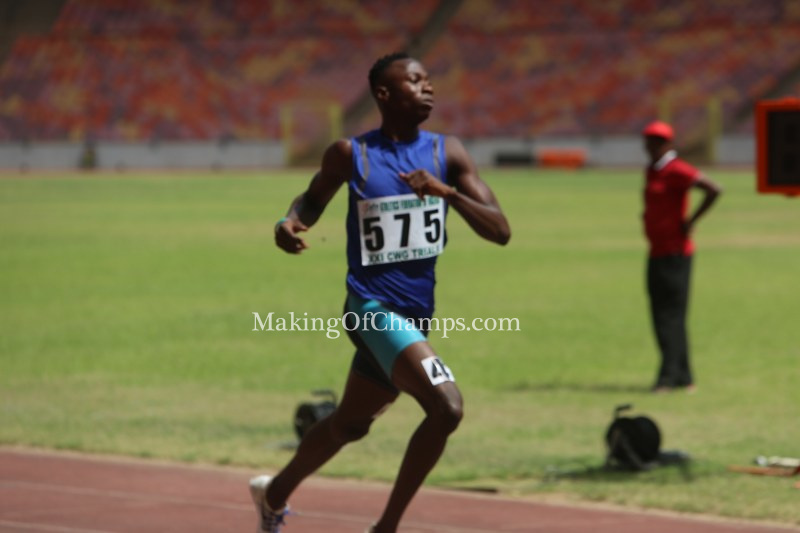 Men’s 400m Champion Samson Nathaniel was the only other athlete to run below the 47s barrier during the heats as he set a new SB of 46.24s to win his heat.

In the women’s category of the one-lap event, Patience Okon-George (52.62s) and Yinka Ajayi (52.51s) were the women to beat in their respective heats. For Ajayi, it was the first time she would be dipping below 53s this season. They both would however be wary of the threat posed by Peace Chingarum (53.17s) who defeated former African Games medallist Folasade Abugan to win her heat. 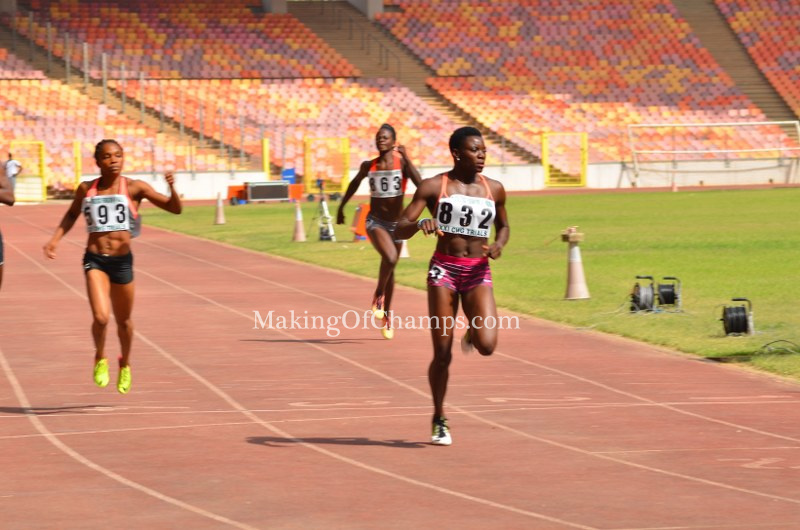 Furthermore, the men’s 400m Hurdles saw David Olowookere come within a hair’ss breadth of his PB as he clocked a time of 52.93. In the other heat, Henry Okorie was a class apart from the rest of the field as he won in a time of 51.80s.

Events on the field saw Ihezue Nzube (15.75m) and Blessing Ibrahim (13.58m) clinch victory in the men and women’s Triple Jump final respectively. Equally, Augustine Nwoye (52.55m) and Princess Kara (40.25m) were also winners in the Discus throw for both men and women. 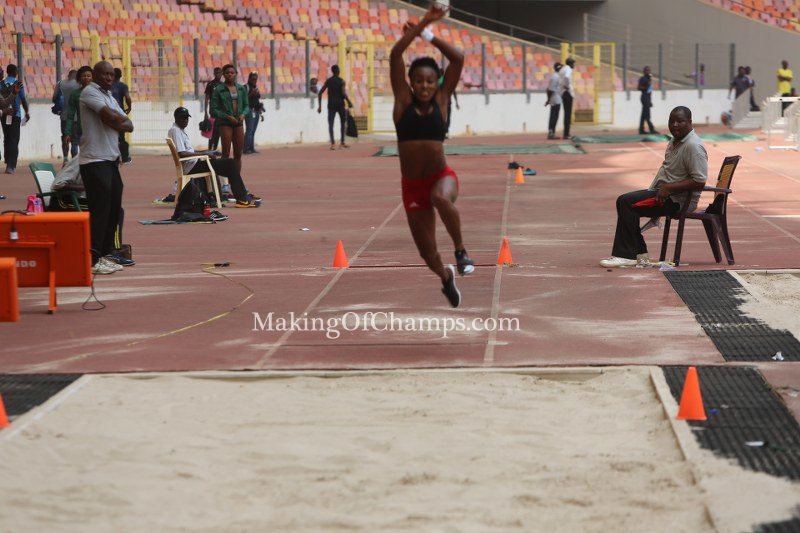