Home Features Five Young Athletes to watch out for at the World Championships in... 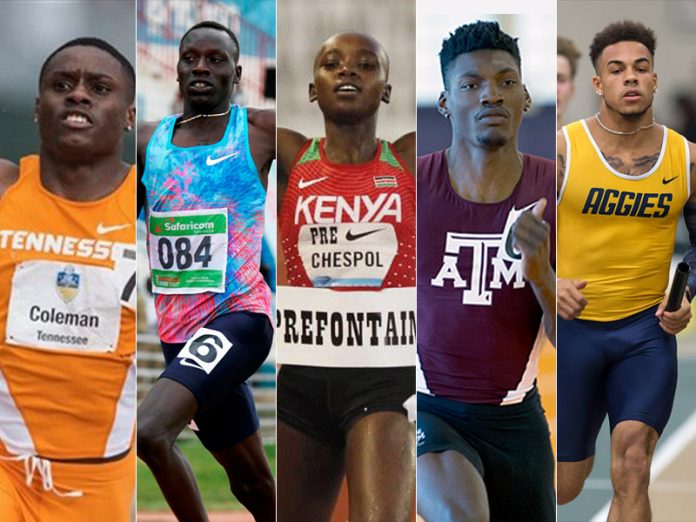 The countdown to the 2017 IAAF World Championships has begun, and this year’s event is special for many reasons, least of all for the fact that it will serve as the final outing for triple World Record (WR) holder Usain Bolt.

The impending retirement of the multiple Olympic and World Championships GOLD medallist has thrown the stage wide open for the next generation of athletes to aim to dominate their respective events like the Jamaican legend did.

Not many may have heard about Christopher Belcher, but if making the US team to the World Championships is all it takes to be reckoned with, the youngster has surely earned his place on our Top 5 list of young athletes to watch out for in London.

Having been slowed down by injury last year, Belcher bounced back in style to set a wind-aided mark of 9.99s at the Aggie Invitational in April, which was the second fastest time in the world at the time.

He then extended that form to the Mid-Eastern Athletic Conference outdoor championships in May where he won triple GOLD in the 100m (10.04s), 200m and 4x100m, leading North Carolina A&T men’s team to their first conference title in 21 years.

The Junior turned pro in June after signing a professional contract with Nike, and went on to finish 3rd behind Justin Gatlin (9.95s) and Coleman (9.98s) at the US Track and Field Championships, returning a time of 10.06s to secure his spot on the London-bound team.

For an athlete who is making the US team for the first time in his career, Belcher will be delighted at the prospect of rubbing shoulders with the big guns and will be aiming for an upset.