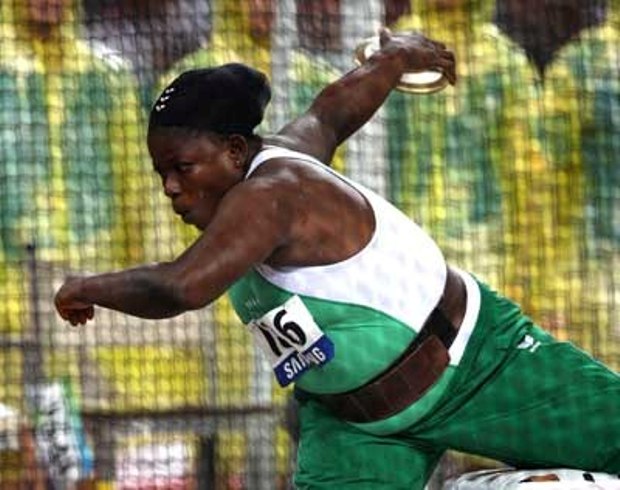 Two Nigerian athletes were initially billed to compete on Day 8 of the Rio 2016 Paralympic Games. However, only one of them, Eucharia Iyiazi eventually participated in her event, the women’s F57 Discus throw final.

The four-time Paralympian also ensured that she ended with a podium finish on Thursday, setting two Season’s Bests (SB) to win the Bronze medal behind Algeria’s Nassim Saifi and Ireland’s Orla Barry.

Iyiazi’s medal is Nigeria’s 12th at the ongoing Paralympic Games, and the third in Track and Field after Laurrita Onye and Flora Ugwunwa won GOLD respectively in the women’s Shot put and Javelin events.

Onye was to compete in the women’s F40 Discus final on Thursday but Did Not Start (DNS). The reason for her absence has not yet been revealed.