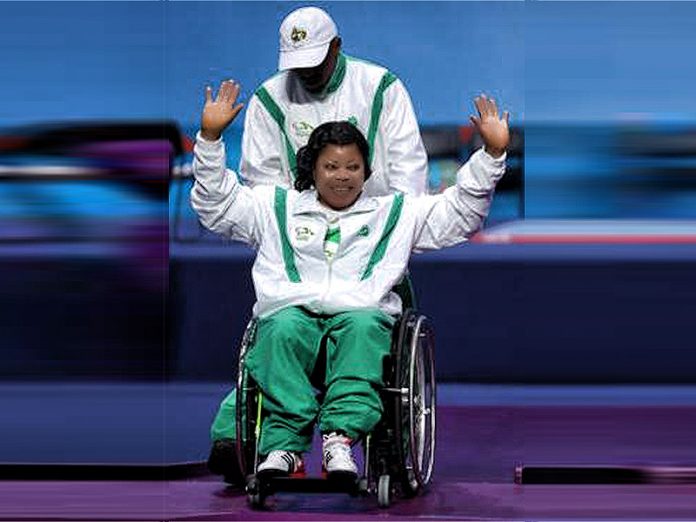 Team Nigeria’s Captain at the ongoing Rio 2016 Paralympic Games, Lucy Ejike has demonstrated that she is a leader indeed, shattering the Paralympic and World Record three successive times to dominate the women’s -61kg event in Powerlifting.

Ejike began her campaign at the Riocentro Pavillion 2 on Sunday with a successful attempt at 136.0kg, which was a new Paralympic Record (PR) and World Record (WR). However that was only a glimpse of what was to come. She went on to set a superior mark of 138.0kg at her next attempt, before culminating with a massive lift of 142.0kg.

Inspired by her impressive form, the 38-year old requested for the weights to be set at 145kg outside of competition. However she was unable to make a clean lift, and her mark of 142.0kg survived the onslaught.

Eventual Silver medallist Egypt’s Fatma Omar had tried to toe the line of the Nigerian, but had to settle for 2nd place with her lift of 140kg. China’s Yan Yang won the Bronze medal with a distant 128kg.

The Rio 2016 Games is Ejike’s fifth outing at the Paralympics, and she has a medal to her name in each competition. She made her debut in Sydney 2000 where she won Silver behind Omar in the -44kg category. She then upgraded to GOLD at Athens 2004, winning with a WR of 127.5kg.