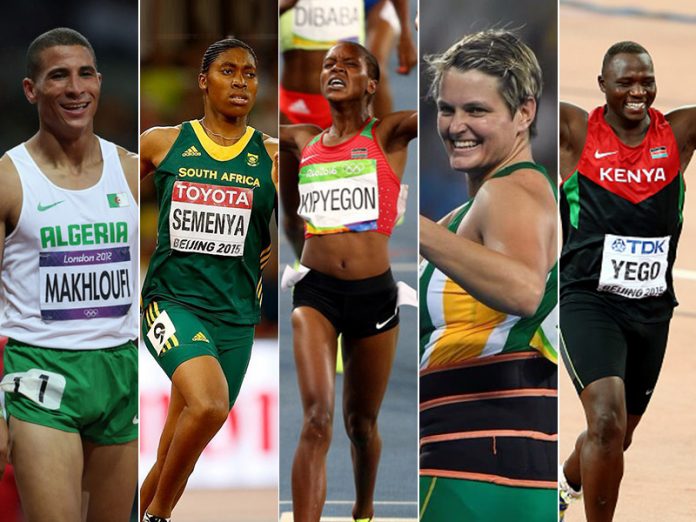 The Rio 2016 Games have come and gone, but the ground breaking achievements by Track and Field athletes will remain a reference point for years to come. African athletes were not left out of these exploits, as some of them created a slice of history at the Games. Here’s Part 1 of our Top 10 list of African Performers at the 2016 Olympic Games in Brazil.

Viljoen is the African Record holder in the women’s Javelin throw. As such, it was not out of place for the 32-year old to emerge the continent’s first Olympic medallist in the event, a feat she achieved at the Rio 2016 Olympics.

Incidentally, this is the South African record holder’s fourth appearance at the Games, having competed in Athens, Beijing, London and Rio. She narrowly missed making the podium in London four years ago after finishing 4th in the final.

The ‘Javelin Queen’ of South Africa would not be denied this time around, as she recorded a mark of 64.92m to win Silver behind Croatia’s Sara Kolak (66.18m), becoming the first South African woman to win a medal at the Rio Games.

Viljoen is a two-time World Championships Bronze medallist, and five-time African Champion. Over the years, she has remained one of the most consistent faces in the women’s Javelin event.

Unknown to many, Viljoen used to be a cricketer, playing for the South African women’s team between 2000 and 2002. With her achievement at the Rio Olympics, she becomes the first international South African cricketer to win an Olympic medal in 96 years.