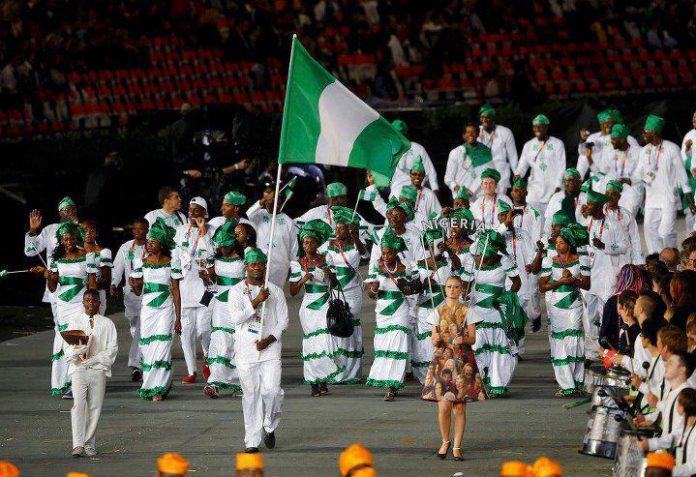 On the final day of the 2016 World indoor Championships, Nigeria competed in three events but it wasn’t the sort of finale they would have wished for as they left the competition without winning a single medal.

Nigeria last won a medal at a World Indoor Championships eight years ago, incidentally it was GOLD won by Olusoji Fasuba in the men’s 60m in Valencia, Spain with a time of 6.51m. Since then, the country is waiting to win at least a Bronze in any event.

With poor preparations and the no-shows by some Nigeria athletes named in the startlists of some events, chances for scarce medals were further trimmed.

Patience Okon-George was originally listed to compete in the 400m, but visa issues denied her the opportunity of making her first appearance in an individual event at the World indoors. Orukpe Erayokan made the trip to Portland, but curiously did not compete after arriving a day before his event.

However, on the final day it looked as though the women’s 4x400m team could get a medal, with the initial prognosis being that USA and Jamaica will take the first two positions respectively. USA no doubt won GOLD with a World Leading (WL) time of 3:26.38, with Courtney Okolo (of Nigerian descent) taking the third leg for the host country.

The coast looked to have been cleared for Nigeria to challenge for Silver, after Jamaica’s starter, Patricia Hall tripped and Did Not Finish (DNF). However inexperience cost the quartet of Margaret Bamgbose, Regina George, Tameka Jameson and Ada Benjamin, as they finished 4th with a Season’s Best (SB) of 3:34.03, despite being 2nd at some point in the second leg.

Poland and Romania finished ahead of Nigeria, running 3:31.15 and 3:31.51 to clinch Silver and Bronze respectively.

Nigeria’s men’s 4x400m team didn’t fare any better as Noah Akwu, Chidi Okezie, Abiola Onakoya and Samson Nathaniel finished 5th in the final with a time of 3:08.55. USA won GOLD running a WL of 3:02.45, and Bahamas anchored by the veteran Chris Brown took Silver with a National Indoor Record (NIR) of 3:04.75. Trinidad & Tobago equally ran an NIR of 3:05.51 to take the Bronze.

Meanwhile in the High Jump event, Doreen Amata finished 9th after losing all three attempts at 1.93m. Amata cleared her first two attempts of 1.84 and 1.89m, and at some point was joint leader on the log.

However, it was not to be her day as she couldn’t match the 1.93m National indoor Record she set back in February at the Banska Bystrica meet in Slovakia.

Just like the 2015 World Championships, Nigeria returns home without a medal of any colour. Hopefully there will be a turnaround when the Rio 2016 Olympics takes centre stage in August, but if this showing is anything to go by, then Nigeria looks set to repeat its no medal show from the London 2012 Olympics.