Home Competitions International Odumosu, Okagbare back on the track ahead of 2015 Penn Relays! 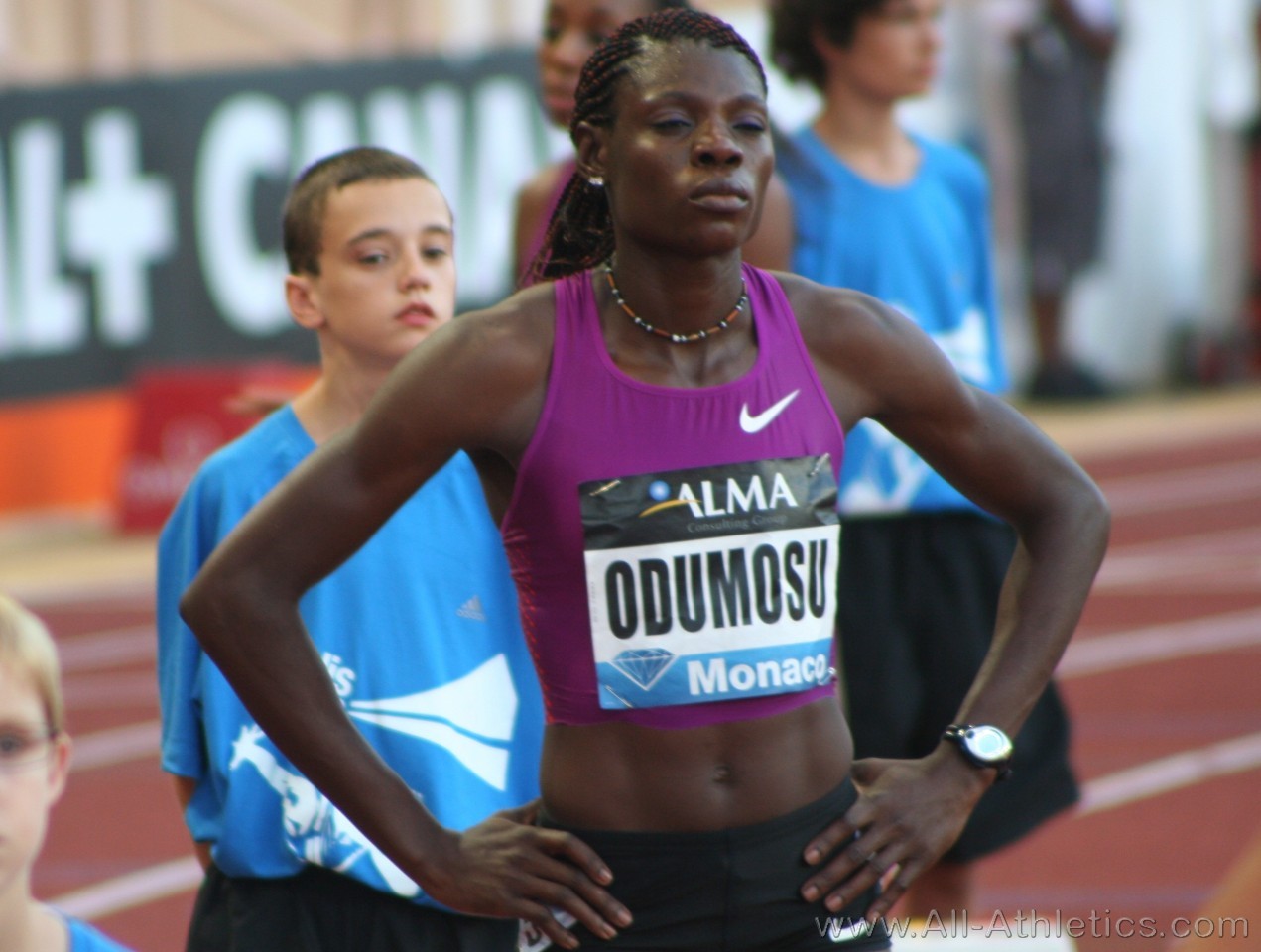 With the annual Penn Relays set to take place this weekend in the United States, some Nigerian athletes have been gearing up for the competition and the season ahead, with varying performances in meets held last weekend.

The country’s most elite athlete, Blessing Okagbare has made a return to the track since she got married last year, and her first race was in the 400m. Okagbare, who majors in the sprints (100 and 200m) tried out the quarter-mile event where she finished 5th with a time of 53.54s in Walnut, California.

The African Record Holder in the 100m is expected to compete for Nigeria at the Penn Relays and would also be part of the country’s team at World Relays taking place in Nassau, Bahamas, before she takes off for the IAAF Diamond League commencing in Doha.

Two-time Olympian and another returnee, Ajoke Odumosu won her race in the 400m hurdles competition. Odumosu took some time off the sport to become a mother, and was away for part of the 2014 season. She won the event with a time of 58.55s in Athens, Georgia on the 12th of April, but couldn’t go lower this past weekend, having posted 58.62s even though she still won the race.

In the women’s 100m event, Gloria Asumnu placed 4th in her race in Baton Rouge, Louisiana, running a wind-aided time of 11.51s. The national athlete took the sprint double the previous weekend, but had to settle outside the Top 3 this time around.

Meanwhile, National Record Holder in the High Jump, Doreen Amata finished 3rd in Atlanta, Georgia after scaling the height of 1.85m in the meet. In the women’s Long Jump event, Euphemia Edem continued with her good performances, winning her event for a second successive week with a leap of 6.43m in Commerce, Texas.

Commonwealth Games finalist, Olu Olamigoke finished 2nd after making a leap of 16.37m in the Triple Jump (wind aided) in Norman, Oklahoma. Another Nigerian athlete, Stephen Mozia was in fine form last weekend in Ithaca, New York,  doing the double in his events. Mozia won the Shot Put after recording the best throw of 20.18m, and also followed it up with victory in the Discus with 60.91m.