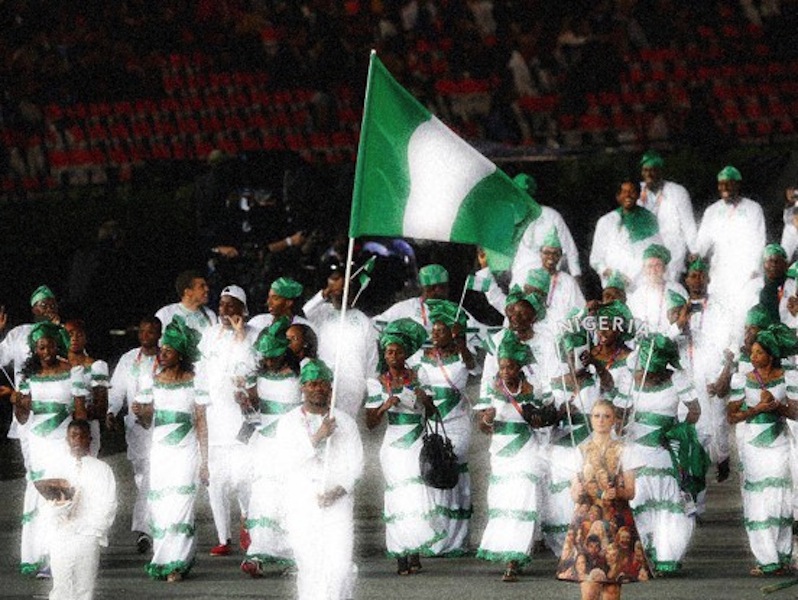 The heroics of Theddus Okpara in the men’s Long Jump ensured that Nigeria was listed in the Medals Table at the end of competition on the Day 1 of the ongoing African Junior Championships in Addis Ababa, Ethiopia.

Track and Field action commenced at the Addis Ababa National Stadium in the afternoon with a colourful opening ceremony, which had the Ethiopian President, Mulatu Tershome Wirtu and Confederation of African Athletics (CAA) President, Hamad Kalkaba Malboum of Cameroon in attendance.

The long jump event kickedoff with a long battle between Okpara and eventual winner, Mohcine Khoua of Morocco as the latter refused to throw in the gauntlet, despite Okpara’s lead of 7.44m, which he secured from his second jump. However the Moroccan who had started with 7.28m went 1cm higher than Okpara, making a leap of 7.45m on his fifth attempt, thereby edging out the Nigerian from the top spot.

Okpara, who is making his second appearance at the African Juniors, will be aiming for GOLD in the High Jump event which comes up later this week. He won Silver in Mauritius two years ago.

National Junior Record Holder in the Decathlon, Ituah Enahoro was expected to feature in five events on Day 1, but the Decathlon and the whole morning session was cancelled, owing to few entries as Nigeria and Egypt were the only countries listed for the event. Enahoro, who has a Nigerian father and German mother, is representing the country for the first time and will now compete in the Pole vault, Discus and Javelin throws.

The men’s 100m was keenly contested but Divine Oduduru easily won Heat 1 with a time of 10.91s as he had to contend with excessive headwind of -5.9 m/s. Team mate Victor Peka also impressed as he came second in his heat with a time of 10.84s, behind Zambia’s Sydney Siame who led with 10.83s.

Despite his bright start in the heats, Peka could not replicate the same feat in the semis as he was the last person to leave the blocks, owing perhaps to poor judgment, and he paid dearly with a fifth place finish, which ruled him out of the finals.

Realising that he was Nigeria’s sole hope in the men’s 100m, Oduduru gave his all in the semis and led the pack by a wide mark, taking the race in 10.46s, which happened to be the fastest time in the championship.

The country also enjoyed a promising start in the men’s 400m despite top contender, Omeiza Akerele’s inability to compete, owing to ill health. Another quartermiler, Nathaniel Samson had also been listed for the event but could not make the trip to Addis Ababa as he fell sick too. Reserve athlete, Sikiru Adeyemi however rose to the occasion by leading Heat 1 with 47.33s while Adekunle Fasasi made it a double in Heat 2 with 47.02s.

Commonwealth Long Jump champion, Ese Brume was beaten to first place by South Africa’s Tamzyn Thomas in the first round of the women’s 100m. She returned a time of 12.31s against Thomas’ time of 12.02, while Suzanne De Sienne Toti of Cote d’Ivoire followed in 12.82s. Fellow Nigerian Aniekeme Alphonsus overcame a poor start to win Heat 2 in 12.15s and was closely followed by another South African, Simone Du Plooy in 12.20s.

Timothy Emeoghene was the last participant for Nigeria on Day 1, and finished third in the heats of the 400m Hurdles in 53.29s. The race was won by Abebe Chala Robi of Ethiopia (52.53s), while South Africa’s Larry Lombaard placed second in 52.56s.

The women’s 100m final which comes up this evening promises to be an enthralling race comprising of two Nigerians, two South Africans and two Ivoireans amongst others. In the men’s event, Oduduru will go against the likes of Gue Arthur Cisse of Cote d’Ivoire (10.64s), Siame of Zambia (10.68s) and Darren De Bruin of South Africa (10.70s).

The men and women’s 400m final will also hold today and the Nigerian duo of Fasasi and Adeyemi have to be wary against the threat posed by Ethiopia’s Kenenisa Hailu Bali and Karabo Sibanda of Botswana who ran faster in the heats. Their female counterparts Oluwatosin Adeloye and Esther Asamu will contend with the Ethiopian duo of Neima Sefa Suraj and Tegest Tamangnu as well as Botswana’s Galefele Moroko.

All races will hold in the evening as there will be no activity this morning, owing to the cancellation of the Decathlon events which were meant to be held in the mornings.