Home FIFA World Cup ROAD TO BRAZIL Mini-Series #6: NAIJAs in BRAZIL get behind the SUPER...

In case you haven’t seen these already, Making Of Champs was in Salvador Da Bahia, Brazil in December during the World Cup Draw, and recorded these messages of support for Super Eagles from Nigerians living and studying there, in PORTUGUESE!

As the Super Eagles go for history against Les Bleus today, here’s one last look at these AWESOME messages rallying ALL Nigerians to get behind our boys in Brazil! The first video below features former Nigerian International Richard Daddy Owubokiri aka “Ricky” (a football legend in Brazil and Portugal) who has lived in Salvador for over 20 years, after he played there in the eighties, scoring a whopping 63 goals in 89 appearances over three seasons for Vitória, a club which Brazilian greats such as Bebeto, Dida, Hulk and David Luiz all played for early in their careers!

The rest are from a special group of students from Obafemi Awolowo University (OAU) during their 1 year Exchange Programme in Brazil, part of their Portuguese Language Degree. They played a big role in making this project possible, not only as subjects, but also as Portuguese interviewers and translators – OAU has been running this exchange programme in Brazil for more than 30 years now! 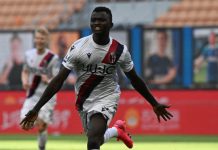 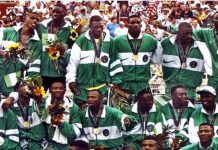 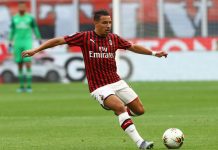