Home Football Match Preview: All the facts on Nigeria vs Cameroon AFCON match 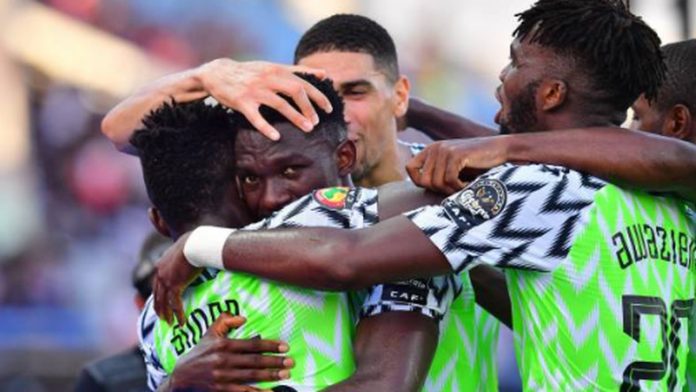 The Super Eagles of Nigeria will lock horns with the Indomitable Lions of Cameroon in what is arguably the biggest Round of 16 fixture at the on-going Africa Cup of Nations (AFCON) on Saturday.

Nigeria, who are three-times champions have not been entirely convincing in the competition so far, with the teams lowest ebb coming in their last Group game when they lost 2-0 to minnows Madagascar.

The teams main problems have been in front of goal where, despite seeing more of the ball, they are struggling to create clear-cut chances and it is higher up the pitch where changes could be made ahead of this game.

Head Coach, Gernot Rohr is expected to welcome some key first-team players back into his starting XI for this match after naming a second-string side against Madagascar.

Moses Simon should also regain his place, while Daniel Akpeyi will expect to be recalled in goal after keeping clean sheets in the opening two group games.

The Cameroonians, who are the defending champions of the competition were held to a second consecutive goalless draw as Benin frustrated them and their failure to pick up all three points saw them surrender top spot in Group F at the Africa Cup of Nations.

The team which is led by manager Clarence Seedorf and assistant Patrick Kluivert, may be pleased to have even made it this far considering their disrupted buildup to the competition, which saw the players stage a sit-down protest over bonuses.

The Indomitable Lions remain unbeaten in their seven outings so far this calendar year, but three of their last four have ended all square and their second-placed finish leaves them with a much more difficult route through the rest of the competition.

Seedorf made four changes for their final group game against Benin and could welcome Clinton N’Jie and Gaetan Bong back into this starting XI for this one, while Ajax goalkeeper, Andre Onana, who is yet to concede in this summer’s tournament will retain the gloves for Cameroon.

Head to Head: Cameroon have not beaten Nigeria in any competition since 2000, when they claimed one of their five Africa Cup of Nations trophies with a penalty shootout victory in the final.