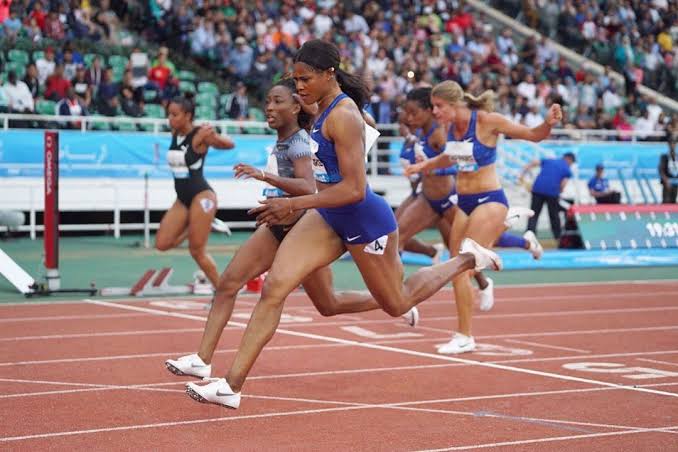 A big test awaits Nigeria’s fastest woman, Blessing Okagbare-Ighoteguonor at the Prefontaine Classic when she lines up to compete in the women’s 200m.

The Nigerian, who interestingly is the African Record (AR) holder over the 200m, made her 60th appearance on the Diamond League circuit at the 2019 Rabat Diamond League in Morocco. She drove hard through the 100m race, showing glimpses of a promising season to come as she nailed victory, an icing on the cake for her.

She will now take her conquest to Stanford that will field Olympic 100m & 200m Champion, Elaine Thompson who recently turned on the burners after a trying period of injury. She dropped the fastest time in the world with her 22.00s clocking at the Jamaican Senior Championships, and with her 10.73s World Lead (WL) in the 100m as well, track enthusiasts are in for an interesting show.

Double European Champion Dina Asher-Smith would also compete, coming in with an SB of 22.18s, with quartermiler Salwa Eid Naser, who has done a Personal Best (PB) of 22.56s two times this season, in the line-up.

Veteran, Ivet Lalova-Collio would be hoping to be in the mix with her 22.55s SB on her entry into the season, as well as reigning World Champion over the distance, Dafne Schippers of the Netherlands. 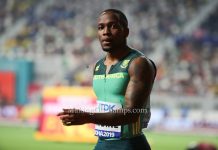