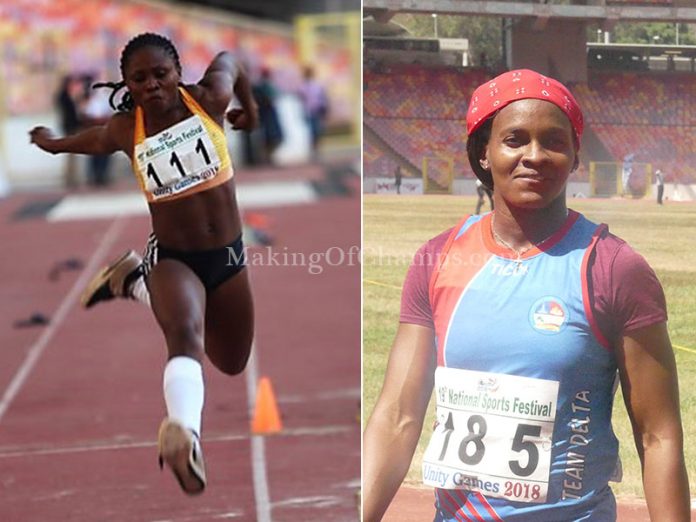 Day 4 of Athletics at the 19th National Sports Festival (NSF) saw the duo of Queen Obisesan of Delta and Grace Anigbata of Bayelsa emerge as the standout athletes after the pair set new Festival Records in the Hammer Throw and Triple Jump respectively, while competing at the main bowl of the National Stadium, Abuja.

Obisesan, who is the former National Record (NR) holder in the event, erased Vivian Chukwuemeka’s 12-year-old record of 61.38m, which she set at the Gateway Games in 2006, replacing it with a superior mark of 64.96m. Sophiat Omizi of Oyo took Silver with 55.77m, and Olufunke Susan of Edo, the Bronze with 53.59m.

On Anigbata’s part, the African Champion extended her dominance in the sport as she added another GOLD to her burgeoning medals by winning the event in a new Festival Record of 13.76m. The African Champion surpassed Otonye Iworima’s former record of 13.60m set in 2006 at the Gateway Games.

Mercy Honesty of Akwa Ibom was a distant 2nd with a 13.10m jump, while Mercy Abire of Delta came 3rd after leaping to a distance of 13.01m.

With the individual events done and dusted, the mixed relay went into full swing today. The 4x100m heats saw Team Delta being disqualified for a violation during the baton exchange, leaving Team Anambra to claim the victory in 42.77s.

In the second heat, Team Rivers were clear winners as Rosemary Chukwuma complemented the efforts of Enoch Adegoke and Usheoritse Itsekiri to anchor the team to a time of 42.06s. Teams Ogun and Edo placed 2nd and 3rd respectively in the race.

Earlier in the day, the 4x400m mixed relay Heat 1 saw the quartet of Yinka Ajayi, Chidi Okezie, Praise Idamadudu and Daniel Atinaya combine to help Team Delta win with a time of 3:26.52, while Team Rivers won the other heat in 3:22.62, after Isah Salihu anchored them to victory. The finals of both relays come up on Sunday evening.

Having narrowly missed the medals zone at the African Championships, Peter Moreno bounced back into reckoning in Abuja, clinching GOLD for Team Rivers in the men’s Decathlon after he accumulated 6219 points over two days. Samuel Osadolor (Edo) placed 2nd in 6044, while Melody Bassey (Akwa Ibom) was 3rd with 5779 points. 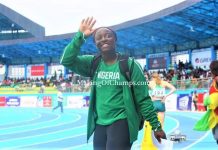 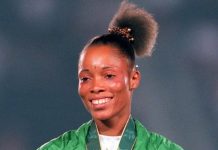 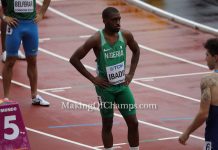