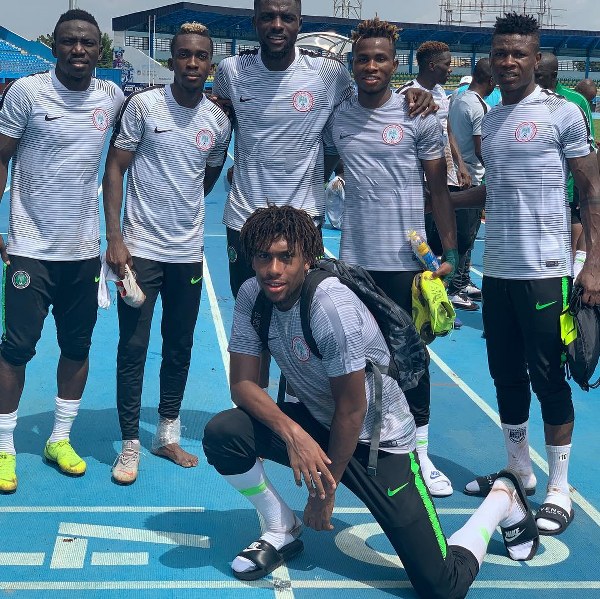 After getting double victories over Libya last time out, the Super Eagles of Nigeria will now look to seal qualification for the 2019 African Cup of Nations in Cameroon as they square up against the Bafana Bafana of South Africa in a Group E African Cup of Nations qualifiers match on Saturday, November 17th.

The Super Eagles, who needs just a point to see them over the line would, however, be looking to exert revenge on the South African’s after they inflicted their only loss of their qualifying campaign seventeen months ago in Uyo.

The Loss, on matchday one was Gernot Rohr’s first as a manager of the Super Eagles, and Nigeria’s first competitive defeat to the South Africans.

While Nigeria appeared to have bounced back from the defeat, winning their next three matches in the qualifying campaign, they have had some set-backs going into the matchday five encounter.

Rohr will be without injured trio of Abdullahi Shehu, Francis Uzoho, Odion Ighalo while Wilfred Ndidi is suspended for the game due to two yellow cards. Nonetheless, the German has called up the likes of Villarreal winger Samuel Chukwueze, Victor Osimhen, Theophilus Afelokhai and Mikel Agu as their replacements.

Injuries to key players doesn’t only affect Nigeria as Stuart Baxter, the coach of South Africa will be without several key men in the heart of the park, with Dean Furman, Keagan Dolly, Kamohlo Mokotjo, Sibusiso Vilakazi and Bongani Zungu all missing.

The Eagles have every reason to be confident of outscoring the hosts, although the loss of injured top scorer Odion Ighalo,who scored five goals over two legs against the Libyans certainly blunts their attacking threat.

The group stage of Africa Cup of Nations started in June last year and only the top teams and the three best runners-up from the 12 groups will join host Cameroon in the finals in 2019.

Fact: Nigeria’s three previous victories in South Africa were achieved in coastal venues – Durban, Port Elizabeth and Cape Town – and have failed to win on their two previous visits to Johannesburg, 6,000ft above sea level.