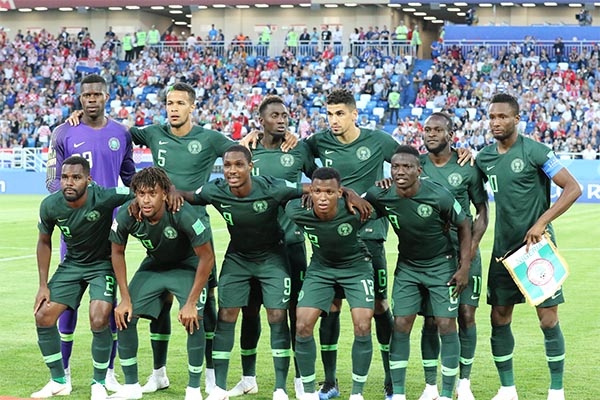 After losing their opening match against the Croatian National team, the Super Eagles of Nigeria will square up against the Icelandic team on the 22nd of June in what is a make or mar encounter at the ongoing FIFA World Cup.

The loss to Croatia made it three on the bounce for Super Eagles following defeats to Argentina and France four years ago in Brazil, as they have now enjoyed success in just one of their last 13 games at the World Cup with the only victory coming against Bosnia and Herzegovina in 2014.

The clash with Iceland should give them a fair chance to see an end to such run. Gernot Rohr will hope to avoid own goals this time out as the team conceded two subsequent own-goals at the competition if we count the one from the round of 16 four years ago against France.

Also, the Nigerian team, who failed to offer any sort of attacking threat in the loss will be hoping for an upturn in fortunes when they take to the pitch in Volgograd.

For Iceland, they made a glorious World Cup debut by holding Argentina to a 1-1 draw on Saturday afternoon. They would look to build on such result in order to pick up a historic maiden victory at the competition on Friday when they take on Nigeria.

Hannes Halldorsson was the hero keeper on the day as he was able to deny the Barcelona legend, Lionel Messi from the spot with Alfred Finnbogason grabbing Iceland’s first goal at this level.

Head coach Heimir Hallgrimsson can be proud of his team’s magnificent defensive performance against one of the event’s favorites Argentina. His back line had to handle the star-studded attack of La Albiceleste’s led by Lionel Messi and Sergio Aguero, but they’ve done a fantastic job conceding just once in 90 minutes.

Facts: Iceland’s manager, Heimir Hallgrimsson, was number two to Swede Lars Lagerback who was the Nigerian coach at the 2010 FIFA World Cup.

Head to Head clash:
Iceland and Nigeria have met only once before, a 1981 friendly in Reykjavik won 3-0 by the Nordic island nation.