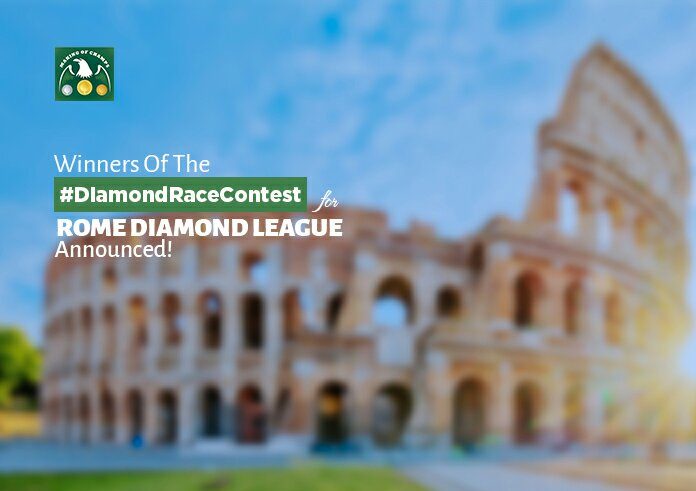 On the fourth leg of the Fantasy Diamond Race Contest which took center stage in Rome, it was Team Top Sprinters who garnered the highest number of points (196) to place 1st in the “MoC 2018 League”.

After missing out on a Top 3 spot since the start of the league, it was the first victory for Top Sprinters which is owned by Making of Champions CEO, Bambo Akani.

With the Rome Diamond League producing few Meeting Records (MR), Team Top Sprinters basically envisaged that, as he selected all three athletes to set MRs, in his line-up for the meet.

Sandra Perkovic, Abderrahman Samba and Hyvin Kiyeng were the athletes picked as he went further to make Perkovic his captain, thereby getting a massive 60 points on the Discus thrower.

Also, he picked 5 other winners in his team, with the only downside coming when he selected Brianna McNeal, as the hurdler placed 8th in her event.

Esther Michael’s team once again proved how good they are when it comes to picking a good team, as they once again got into our Top 3. The team finished with a total of 191 points on the day.

Diamond Race winner in Eugene, Team Growing up had to settle for 3rd place this time around, amassing 182 points.

Like last week, there was a tie for 3rd place, as the duo of Growing Up Team and WeRun Team ended up with 182 points respectively. However, Growing Up Team was given the nod for the 3rd spot, having accumulated more points across the four legs of the contest.

There will be ₦3,000 Airtime available to the public each Diamond League Day, so who were the Top 3 finishers on Day 1 in the MoC League who are not MoC staff, and how will the Airtime be shared?

So who were the Top finishers on Day 4 in the MoC League who are not MoC staff, and how will the Airtime be shared?

The prizes for the Top 3 are ₦1500, ₦1000 & ₦500 Airtime respectively, to a phone number of choice within Nigeria. If you are a winner and have not won our airtime before, kindly send an email with subject: “Airtime Redemption for #DiamondRaceContest” to [email protected]

In the mail, kindly state your name, team name and phone number,as well as the network to redeem the airtime to.

N.B. The winners for the Fantasy Race Contest in Eugene are yet to contact us. You can still reach us via the email address stated above. The winners once again are Growing Up Team (197 points), Team Tobi Amusan (195 points) Esther Michael’s Team(177 points)

Remember to start making your team transfers for Oslo Diamond League to stand a chance of winning some of our prizes. 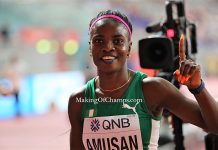 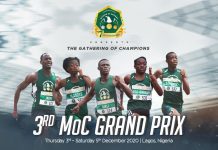