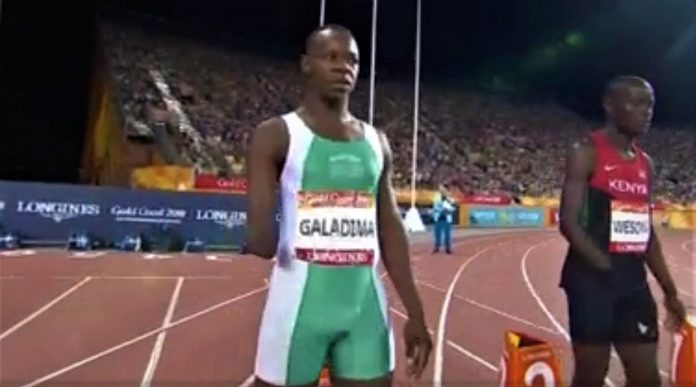 Nigeria presented only two athletes in Para-Athletics at the 2018 Commonwealth Games, and one of them, Suwaibidu Galadima struck GOLD in the Men’s T47 100m final on Friday morning at the Carrara Stadium.

The special athlete gave the race his all and dominated from start to finish, taking the win in 11.04s to finish ahead of England’s James Arnott (11.30s) and Tevaughn Thomas of Jamaica who returned a time of 11.63s.

The Nigerian sprinter appeared to have pulled a hamstring immediately after the race, literally “dying on the line” to win GOLD for his country, but it was definitely worth the effort.

Meanwhile Millicent Agboegbulem brought her Commonwealth Games campaign to a close with a Bronze medal in the Women’s 75kg class in Boxing after losing 5-0 to Australia’s Caitlin Parker in Semifinal 1 on Friday morning.

She was also joined by Yetunde Odunuga who lost 4-1 (Win by Points) to England’s Paige Murney in the Women’s 60kg Semifinal 2 earlier in the day.