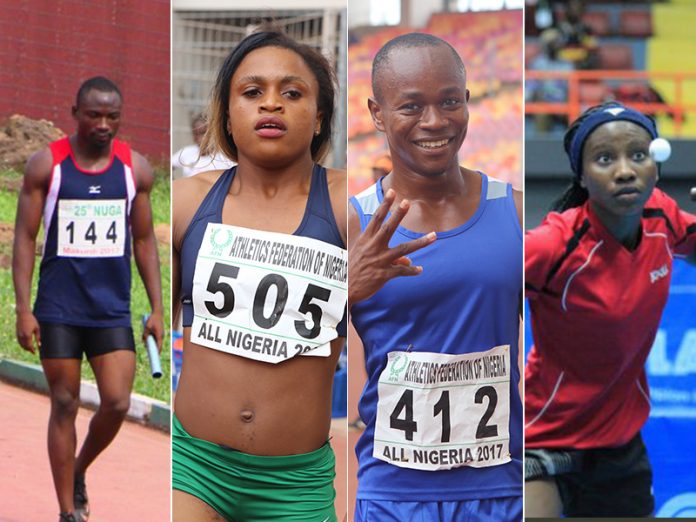 The 29th edition of the World University Games kicked off in Taipei on August 18th, but the logistics with regards to Team Nigeria is still shrouded in mystery as there has been no official communication from the Nigerian Universities Games Association (NUGA) as to the identities and number of athletes meant to represent the country at the event.

According to an article by the International University Sports Federation (FISU), the Nigerian contingent was to consist of 106 athletes, coaches and officials. However, no official team list has been released by the Nigerian body in charge of executing this championship, almost five days into the competition.

While it is not yet clear where FISU got this figure from, there are indications that it will definitely be a championship to forget for Nigeria as the scenario that is already playing out at the ongoing Summer Universiade is not so different from the last edition of the competition in South Korea where the competition commenced with a good number of no-shows from Nigerian athletes.

Members of the Nigerian contingent were listed to compete in Judo, Athletics, Swimming and Table Tennis, but have been missing in action since the competition commenced.

It was a series of no-shows in the Judo event which took off on Sunday (August 20th) as Nigerian athletes Progress Godwill Benson, Stellamaris Mba, Elizabeth Onyi, Oyewole Oyarawa Samuel, Charity Jatau and Michael Agbo were all absent, while their opponents advanced to the next round.

Abiola Bashir Samuel is to go against Pakistan’s Moshin Ali on Wednesday, but it is not confirmed that the Nigerian in in Taipei.

The Table Tennis event commenced on Tuesday August 22nd, and Nigeria was missing in the team event. The trio of Aminat Abdulrafiu, Folashade Adedotun and Onyinyechi Mbah were to go against their counterparts from Romania who were eventually awarded a 3-0 victory, following the absence of their Nigerian foes.

Teenage Table Tennis sensation Tosin Oribamise who is currently studying Human Kinetics and Health Education at the Ekiti State University, was to be part of the Nigerian delegation to the event.

However, the player who has qualified to represent Nigeria and Africa at the 2018 Youth Olympic Games, confirmed to Making of Champions that she wasn’t able to make it to Taipei for the World University Games.

In the Swimming event, the Nigerian duo of Sarah Fearnot and Duotimi Okoko Gaebe were to compete in Heat 2 of the Women’s 50m Butterfly on Sunday (August 20th) but Did Not Start (DNS). Joseph Godbless and Evans Oduni were also listed in the men’s 100m Backstroke Heat 1 on the same day but Did Not Start.

The Athletics event commenced on Wednesday (August 23rd), but only one Nigerian athlete showed up for his event.

Ayodeji Akinkuowo of the Federal University of Technology Akure (FUTA) competed in Heat 9 of the men’s 400m where he finished 4th in his heat with a Personal Best (PB) of 47.71s and advanced to the next round.

The quartermiler was fortunate to make it to the competition after being sponsored to Taipei by his school, following his victory in the men’s 400m at the 2017 NUGA Games held in Makurdi earlier this year. He is also supposed to compete in the relays, but it remains to be seen if Nigeria will present a relay team(s) in Taipei.

Nigerian 100m women’s Junior and Senior Champion Aniekeme Alphonsus was to compete in the sprints in Taipei. She also won the 100m at the NUGA Games. However, the University of Port Harcourt (UNIPORT) undergraduate will not be in action in Taipei, as well as other students from the institution due to paucity of funds.

Incidentally, UNIPORT topped the medals table at the NUGA Games. It is therefore sad that NUGA’s fastest man, Harry Chukwudike of UNIPORT was missing in action in Taipei in Heat 9 of the men’s 100m on Wednesday.

The 2017 season already saw Nigerian athletes missing several competitions ranging from the African Junior Athletics Championships in Algeria, to the IAAF World Youth Championships in Kenya, as well as the Commonwealth Youth Games in the Bahamas due to shoddy preparation by officials.

It is unimaginable and inexcusable that officials in charge of the organization and execution of these championships continue to frustrae the efforts of sports men and women who keep toiling to make a name for themselves and their country.

It goes without saying that Nigeria will never attain its vast potential in Sports as long as poor planning and inefficiency remain the order of the day.