Five-time Olympian and Nigerian Record holder in the women’s 200m and 4x100m, Mary Onyali was recently appointed as the Vice Chairman of the Confederation of African Athletics (CAA) Athletes’ Commission, and the sprint legend believes that her passion for the sport played a role in her selection.

Another African great elected into the Athletes’ Commission is World Record (WR) holder in the 800m and two-time Olympic Champion, David Rudisha who will serve as the Chairman of the Commission that will sit on the CAA Technical Committee and advocate for athletes’ issues.

In a chat with Making of Champions, Onyali says she feels honoured to be considered worthy for the task at hand. She said: “How would you expect me to feel other than overwhelmed? I’m honoured and proud to have been nominated to be part of this giant move for Africa in Athletics.

“I’ve been receiving a lot of congratulatory messages through texts and emails. I couldn’t believe it! I’m still in shock until I see the official letter; that is probably when it will dawn on me that this is real. Right now it is all in the media and everyone is aware. I’m excited and ready to work already.”

The multiple African Champion says that her hard work and dedication during her active days has kept her relevant in the scheme of things: “I want athletes who are still active, and those that are retired like myself, to understand the importance of integrity in everything that they do.

“Integrity is louder than words. All I did throughout my career was to do what I loved to do, which is to compete, and I tried to do that at the highest level, which is the Olympics. I did it with a lot of passion and dedication, and even after I retired, I’m still seen as being relevant.

“I had to stay in the business of sports not because I wanted to be relevant, but because I still have that burning passion and desire to do something to help the young ones coming after me to enjoy the benefit of sports and go higher than I did. And for the CAA to see me fit to be given this position, maybe it’s because my passion for sports is too high to be ignored.”

The double Olympic medallist believes that Nigeria and Africa at large will benefit from her position on the board, even as she brings her wealth of experience to bear.

Meanwhile, Rudisha said “I am happy to take up the new position. I will work for the welfare and unity of all the athletes in Africa”. 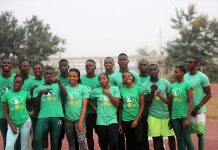 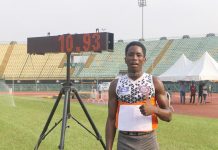