African U23 Champions, Nigeria will battle Honduras at the Estadio Mineirao Stadium in Belo Horizonte in their third-place playoff match at the Rio 2016 Olympics for a chance to end the tournament with a medal

The Dream Team VI were completely dominated by their German counterparts in their semifinal on Wednesday, losing 2-0 after  failing to break them down the Europeans throughout the match. The loss meant that they won’t be able to repeat the feat of the Atlanta 1996 Olympics, but they still have the Bronze medal to fight for come Saturday evening.

Their opponents, Honduras were absolutely demolished 6-0 by Brazil in the other Semifinal, but they have already shown that they can spring surprises, so Nigeria need to be wary of them.

Samson Siasia’s men will be boosted by the return of top scorer Oghenekaro Etebo who has been missing in action since the last group match against Colombia. Azubuike Okechukwu is also available for selection after completing his one-match suspension.

The match will be broadcast live on Supersport 9. You can also follow us [@makingofchamps](https://twitter.com/makingofchamps) and Facebook for live commentary of the match and all the news regarding Team Nigeria throughout the duration of the Olympic Games. 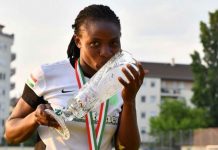 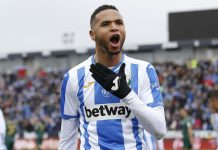