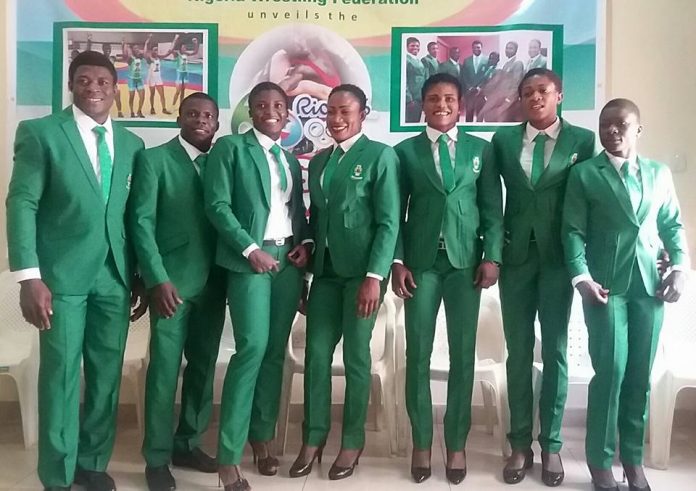 The end has already come for most of Team Nigeria’s athletes at the ongoing Rio 2016 Olympics. However, it is only the beginning for the country’s wrestlers who will commence action at the Games on Wednesday, August 17.

The first time Nigeria competed in the Wrestling event at the Olympics was at Los Angeles ’84 where the country went with a team of three men: Seidu Olawale (Welterweight Freestyle), Kally Agogo (Middleweight Freestyle) and Macauley Appah (Light-Heavyweight Freestyle).

Nigeria has since featured in several Olympic Games including Seoul ’88, Atlanta ’96, Sydney 2000, Athens 2004, Beijing 2008 and London 2012. The country is yet to win an Olympic medal in Wrestling, with Victor Kodei’s 6th place finish in Atlanta being Nigeria’s best performance in the event.

It is ironic though that the only GOLD medal a Nigerian won at the Olympics, was achieved under the flag of another country. Daniel Igali won the Olympic title in the Men’s 69kg freestyle wrestling while representing Canada at Sydney 2000.

Igali has since assumed the position of President of the Nigeria Wrestling Federation, and will be hoping that his team of wrestlers at the Rio Olympics would be able to put a stop to Nigeria’s barren run at the games. And so the Wrestling event will present Nigeria’s final chance of getting to the podium in Rio.

It must be said that the Nigerian Wrestling Federation has been outstanding in terms of exposing its athletes to international competitions in preparation for the Games, and has one of the two the highest ranked athletes in Team Nigeria.

Oborududu is the most experienced of the pack, and is the only wrestler on the team to be making her second appearance at the Olympic Games, having first competed in London 2012 where she was eliminated in the quarterfinals.

Oborududu is a seven-time African Champion who led the team to an outstanding show at the 2016 Senior African Wrestling Championship in Alexandria, Egypt where she retained her title. She claimed a Silver medal at the 2010 Commonwealth Games in Delhi, and Bronze at the 2014 Glasgow, Games.

She qualified for the Rio Olympics after winning Silver behind Tunisia’s Hela Riabi at the Africa/Oceania Olympic qualifier which took place in Algiers this year. She also won a Silver medal at last month’s Spanish Grand Prix held in Madrid.

Oborududu is ranked 9th in the world going to the Olympics and she will compete on Thursday, August 18, and her category will be shown on SS7A/SS7N from 8.00pm to 11.05pm.

Adekuoroye has become the country’s most popular wrestler due to her outstanding achievements, including winning GOLD at the 2014 Commonwealth Games in Glasgow, and a Bronze medal at the 2015 World Wrestling Championships in Las Vegas, making her Nigeria’s first qualifier for Rio 2016 in Wrestling.

She is currently ranked No.1 in Africa and 3rd in the world in her category. In 2015, Adekuoroye plied her trade at the Indian Pro Wrestling League, and her singing and dancing skills, especially after bouts, won her lots of fans in India. At the end of the year, she was adjudged the Best Woman Wrestler in India. 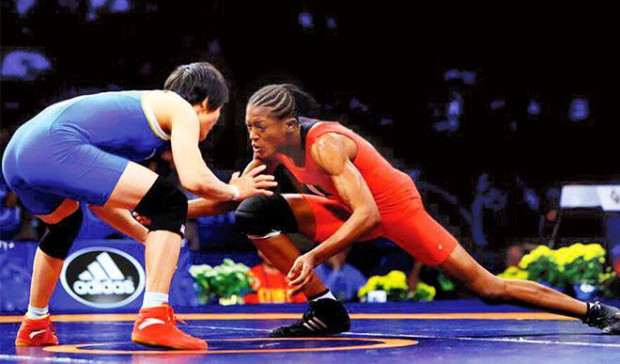 Due to her growing prominence, Adekuoroye was featured on the July edition of Forbes Africa Magazine, where she shared the cover with the likes of South Africa’s 400m World Champion, Wayde Van Niekerk who has since become the Olympic Champion, and Kenyan Javelin thrower, Julius Yego, also a World Champion.

Her incredible performances caught the attention of Union Bank, and she was eventually selected along with four other athletes to be the financial institution’s ambassadors at the Olympics. This will be Adekuoroye’s first outing at the Games where she is being regarded as Nigeria’s brightest prospect for a medal. Her first match comes up on Thursday, August 18 on SS7A/SS7N from 8.00pm to 11.05pm.

Adeniyi is a three-time African GOLD medallist who competes in the women’s freestyle 58kg event. The Glasgow 2014 Commonwealth Games Champion also won a Bronze medal at the 2016 Spanish Grand Prix held in Madrid last month, and was ranked 13th in the world as at July 2016.

Adeniyi secured passage to Rio after finishing 2nd at the Africa/Oceania Olympic qualifier which took place in Algiers this year, having been beaten by Tunisia’s Marwa Amri. She is looking forward to doing Nigeria proud at her maiden outing at the Olympics.

She said, “I feel so happy qualifying for the Rio 2016 Olympic Games. It has been my utmost prayer to go to the Olympic Games and whenever I see Olympians I desire to emulate them. Now I am now an Olympian and my aspiration in high for Brazil and I pray and hope that with my hard work and God’s favour I will make it to the podium”.

Reuben is a Commonwealth Games Bronze medalist, a feat she achieved at the Glasgow 2014 Games. She also claimed a Silver medal for her efforts at the 2015 African Games in Brazzaville. Reuben is another experienced wrestler on the team who began to compete in the sport eight years ago.

Prior to specializing in the wrestling event, she had also participated in boxing and judo in the past. She is now a Private in the Nigerian Army, which she joined in 2013, and the Rio Olympics is her first outing at the Games. Reuben qualified for the Rio 2016 after winning her event at the Africa/Oceania Olympic qualifier which took place in Algiers this year.

She said, “I am excited to qualify for my first Olympic tournament and I want to make sure that I make an impact there. My target in Brazil is to come back with a medal – a gold – and I believe that it is possible with the preparation we are having now. The spirit in the team camp is quite high and we are motivated to go all the way.”

Hopefully, Reuben’s dream will be realized when she commences action in Rio on Wednesday, August 17.

Genesis is the youngest member of the wrestling team, aged 19. She is the reigning African Games Champion after winning GOLD in Brazzaville last year. She qualified for the Rio Olympics after winning GOLD in her event at the Africa/Oceania Olympic qualifier which took place in Algiers earlier this year.

After having a below par performance at the African Championships, Genesis put up an impressive show in Algiers, winning all three fights against Hanene Salaounandji of Algeria, Rebecca Muambo of Cameroon and Jessica Lavers-Mc Bain of Australia.

Daniel is a three-time African Champion and Glasgow 2014 Silver medallist. Having narrowly missed out on qualifying for the London 2012 Olympic Games, Daniel earned his Rio 2016 spot by defeating Australian Sahit Prizreni at the Africa/Oceania Olympic qualifier which took place in Algiers this year.

He is hoping to get to the podium at the Rio Games, saying, “It was the disappointment of 2012 that inspired me to ensure I make it to Rio this year. I am not celebrating yet as the buck does not just stop at qualifying alone.

“The target is going to Rio and getting into the medals range. The Olympic standard is high, and I cannot promise any colour of medal as what I rely on now is my training and God, but I will make sure I use my last strength in Brazil.”

Tamara is the second male wrestler on the team and a GOLD medallist at the 2015 African Games in Brazzaville. He also claimed Bronze at the 2016 Senior African Wrestling Championship in Alexandria, Egypt. Tamara booked his place at the Olympics after winning GOLD at the Africa/Oceania Olympics qualifying tournament in Algiers.