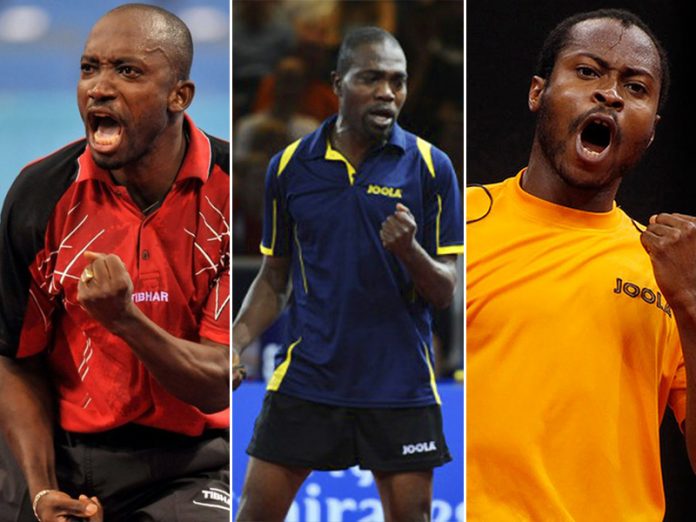 Team Nigeria’s trio of Segun Toriola, Aruna Quadri and Bode Abiodun on Friday succumbed to defeat in the hands of a superior Chinese team led by newly crowned men’s Champion, Long Ma in the first round of the men’s Table Tennis team event at the ongoing Olympic Games in Rio.

However before the game served off, a ceremony was held by the International Table Tennis Federation (ITTF) in honour of veteran Toriola who made it to the games as the first African player (in any sport) to qualify for seven Olympic Games.

The Nigerians were Africa’s only representative in the team event at the 2016 Games. However they were handed a tough draw, having been faced with the almost impossible task of overcoming top seeds, China in their very first game at the Riocentro Pavilion 3.

It was not surprising that China won the game 3-0 to advance to the second round of the competition. Seven-time Olympian Segun Toriola commenced action first for Nigeria, going against Xin Xu in a game which ended 3-0. Quadri was next as he squared off with his nemesis, Ma, who ended his unbeaten run in the quarterfinals of the men’s Singles event.

The 2013 ITTF Star Player of the year fought hard, forcing the game to four sets, before eventually losing 3-1. In his very first match at the Rio Olympics, Bode Abiodun partnered with Toriola in the third game, which ended 3-0 in favour of Xu and Jike Zhang.

This ends Nigeria’s campaign in the Table Tennis event at the Rio Olympics, which was an eventful and historic one by all standards, considering that three of the players made history in different capacities.

Funke Oshonaike who competed in the women’s singles event, became the first Nigerian female athlete (in any sport) to compete at six Olympic Games. She is also the most decorated African female player in the event.

Toriola on the other hand is the most decorated African male player in the event, and is the only player on the continent to have made it to seven Olympic Games. Meanwhile teammate Quadri became the first African player to qualify for the quarterfinals of the event, creating upsets enroute his quarterfinal run. 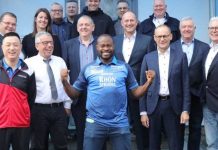 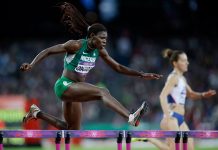