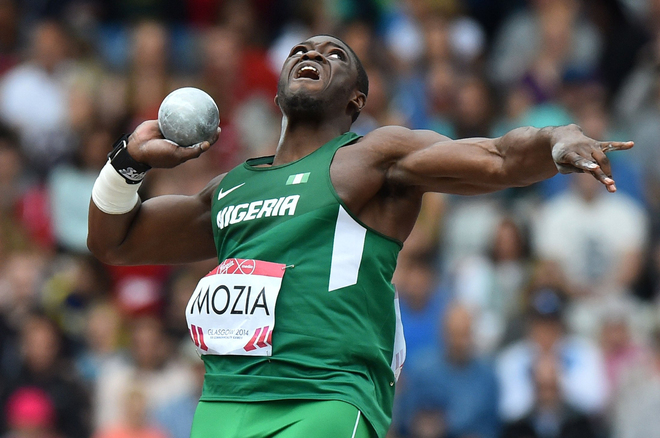 It was a day to forget for Team Nigeria with results not going their way on day two of the ongoing 2016 World Championships in Portland, USA.

This was coming on the back of three Team Nigeria athletes not starting their events despite being listed for them, at least a day before. The duo of Orukpe Erayokan and Lindsay Weyinme missed their men’s 400m and women’s 60m Hurdles events respectively.

Meanwhile it is understood that Patience Okon-George who was as at Friday morning (March 18th) still in Port Harcourt, Nigeria subsequently did not make the trip to Portland because of visa issues. She missed an opportunity to have made her second World indoor bow, and it would have been her first individual appearance having competed at Sopot two years ago in Nigeria’s 4x400m relay team.

However three athletes represented Nigeria on Friday. 2015 African Games 100m Silver medallist, Ogho-Oghene Egwero finished 5th in heat 1 of the men’s 60m, running a Season’s Best of 6.75s as he missed out on qualifying as one of the fastest losers. Kim Collins won the race in 6.56s, with Ramon Gittens 2nd in 6.61s and Chavaughn Walsh 3rd 6.66s.

In the men’s 400m, Chidi Okezie made his first international appearance for Nigeria since switching nationalities last year. Okezie who has a season’s Best of 46.48s initially finished 4th in heat 4 with 47.05s, but was moved up to 3rd after Vernon Norwood got disqualified. Abdalelah Haroun won the race in 46.15s, as Nery Brenes finished 2nd in 46.92s.

National indoor Shot Put record holder, Stephen Mozia carried the hopes of a medal going into his event, but he finished 12th after failing to make the final round . He started very well and with his very first throw shot into 4th position with 19.84m, however that was the only throw he scored having fouled in the subsequent two throws. Tom Walsh set a new NiR of 21.78m to win GOLD as Andrei Gag won Silver with an SB of 20.89m and Filip Mihaljevic, Bronze in 20.87m.

With both Olumide Olamigoke and Tosin Oke in action in the Triple Jump on Saturday, Nigerians will hope they can get close to or even win a medal in the event.