The eyes of the world had descended on the Bird’s Nest Stadium in Beijing and the tension was so palpable that the atmosphere could have been cut through with a knife. Nevertheless only one man could be crowned champion and it was Triple World Record holder, Usain Bolt that delivered when it mattered the most, striding to GOLD in 9.79s to claim his third 100m title, joining the exclusive class of legend Carl Lewis and Maurice Greene.

The stellar lineup for this fantastically awaited race included three world champions (former and reigning); Bolt, Justin Gatlin (2005) and Tyson Gay (2007). It also had four of the five fastest men EVER – Bolt, Gatlin, Gay and Asafa Powell, with Jamaica’s Yohan Blake missing from the showdown which will go down in history as one of the most anticipated men’s 100m final of all time.

For the first time in a long while, Bolt had arrived the IAAF World Championships as the underdog, trailing in the world rankings that was topped by Justin Gatlin who until Sunday’s final, remained unbeaten for two years in the 100m/200m. Bolt had competed in only two 100m races prior to Beijing, breaking 10s for the first time in 2015 at the London Diamond League in July where he clocked 9.87s both in the heats and final.

The Jamaican had an okay race in the heats in Beijing, clocking 9.96s against Gatlin’s scorching 9.83s. However a near-disaster was averted in the semis as the world’s fastest man of all time almost lost the race. He stumbled and would have been left behind by the rest of the field, which was led by USA’s Trayvon Bromell. The reigning Olympic champion had to find the strength from within, and pressed on up till the finishing line where he recorded 9.96s, same time he ran in the heat.

Hemmed between four Americans (two on either side) in the final, Bolt left nothing to chance, taking off at the shot of the gun, which gave an indication that he was going to fight from start to finish. Gatlin started swiftly but began to flounder towards the last 30m of the race, thus losing stability and gifting his fierce rival the much needed 0.01s edge to scale through.

The race wasn’t all Bolt and Gatlin though, as two youngsters, USA’s Trayvon Bromell and Andre De Grasse of Canada shone like stars, with the both sprinters taking Bronze in their debut World Championships outing in a time of 9.92s. The pair had been featured in an earlier post as two of five young athletes to watch out for at the Beijing World Championships, and it was indeed heartwarming to see them hold their own against their more experienced counterparts.

Going by the result of the men’s 100m final in Beijing, it is evident that the phasing out of the older athletes who held sway in the world of Track and Field until now, has begun, albeit in a subtle manner.  Michael Rodgers was 5th in 9.94s, as Tyson Gay and Asafa Powell both clocked 10.00s to finish 6th and 7th respectively. French champion Jimmy Vicaut (10.00s) was 8th as China’s record holder, Su Bigtian finished 9th in a time of 10.06s.

This may be Powell’s last chance of chasing the elusive World Championships GOLD medal in the 100m, having won Bronze twice – first behind Gay in 2007, and then Bolt in 2009 in Berlin. He is also yet to win an individual Olympic medal despite having broken the World Record thrice in the course of his illustrious career. Bromell and De Grasse, both aged 20, will be expected to lead the new generation of sprinters who will be taking over from the likes of Powell, Gatlin and Gay.

The women’s 100m which comes up on Monday, is expected to be an explosive event, going by the heats which took place on Sunday. Both USA’s Tori Bowie and defending champion, Shelly-Ann Fraser-Pryce clocked 10.88s to win in their respective heats. Cote d’Ivoire’s Marie-Josee Ta Lou posted the third fastest time in the heats, running 10.95s which would have been a National Record (NR) if not for an excessive tailwind of +2.3/s.

Here are highlights of the Press Conference held after the men’s 100m final. 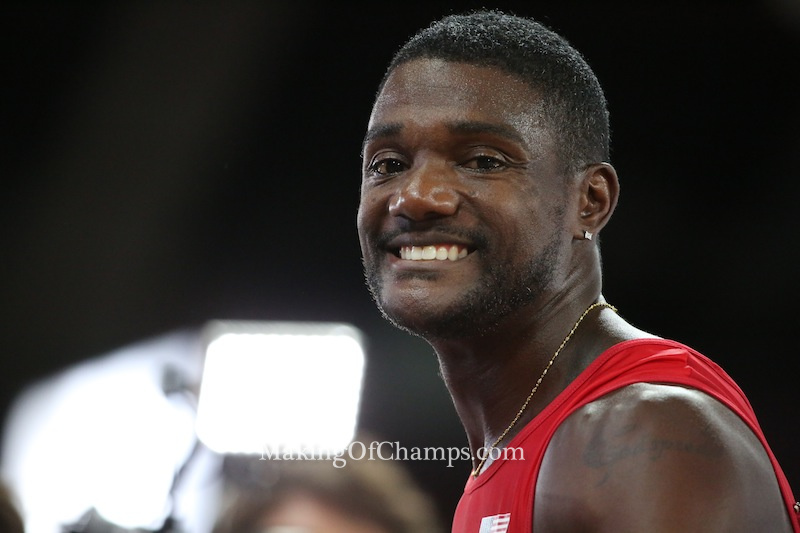 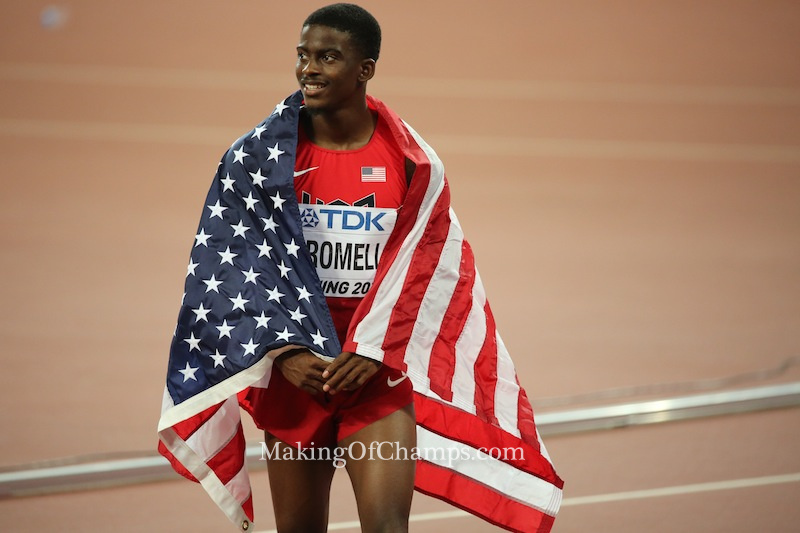 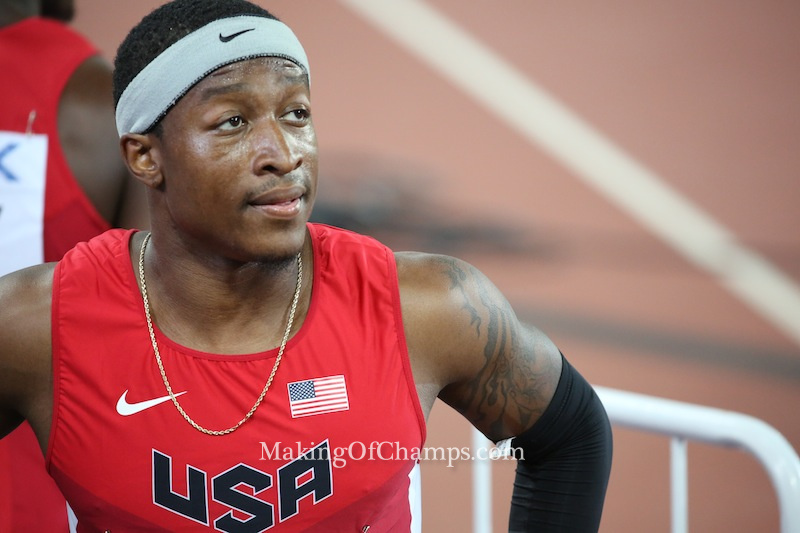 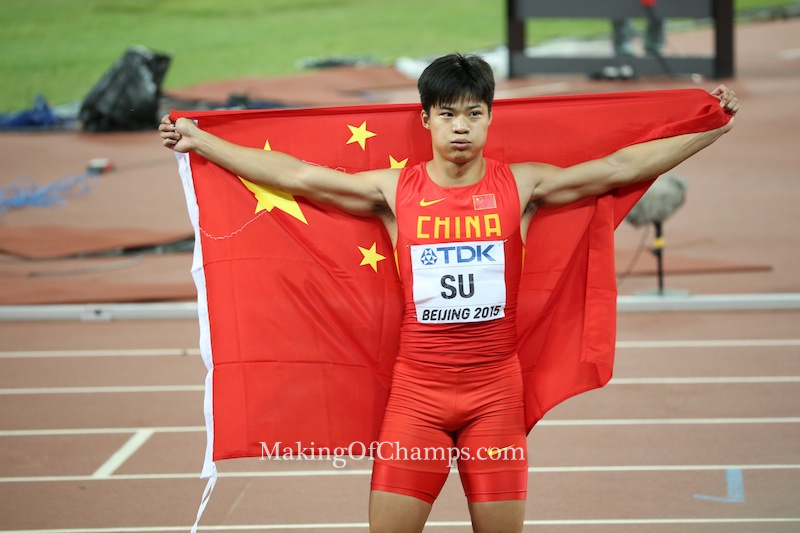 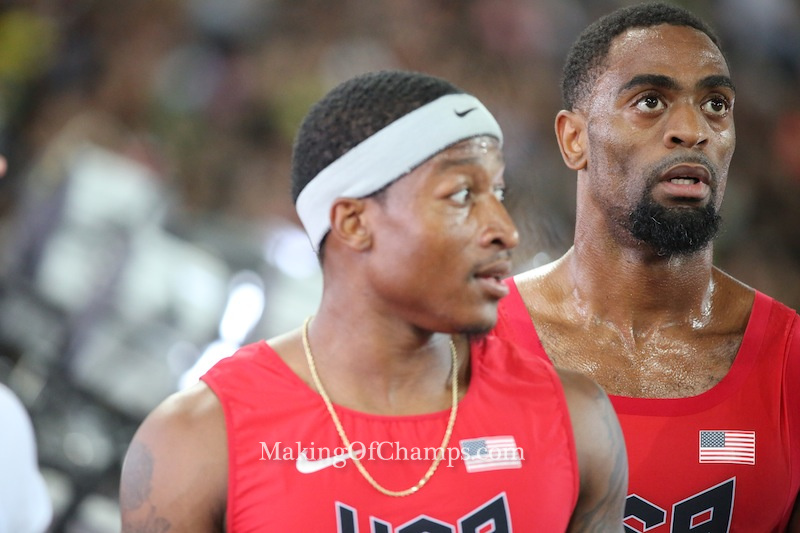 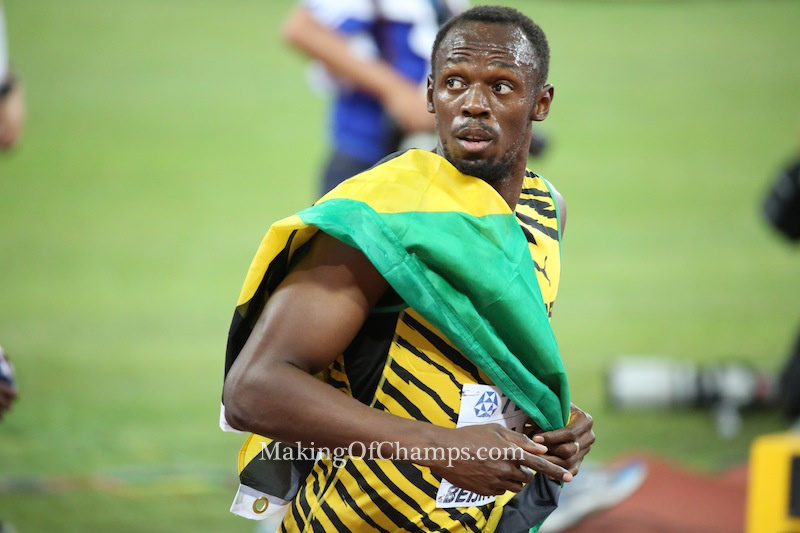