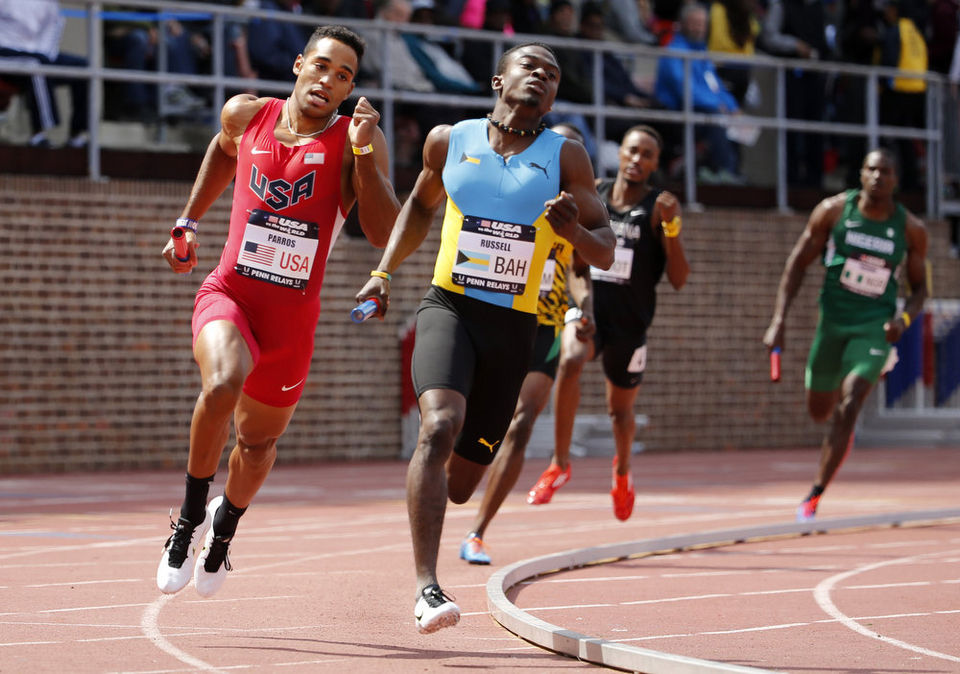 Lack of adequate preparation and funding amongst other reasons cost Nigeria an impressive outing at the 2015 Penn Relays, which was held at University of Pennsylvania’s Franklin Field between May 23rd and 25th in Philadelphia in the US.

Unlike previous editions of the historic event where Team Nigeria battled to hold her own in the highly anticipated USA vs The World category, it was an entirely different tale this time around at the 121st edition of the competition. Also missing in action was Team Nigeria’s biggest name, Blessing Okagbare, who didn’t participate in the competition.

Some of the other athletes who had been penciled down to compete at the Penn Relays but didn’t eventually make the trip to the US include Ogho-Oghene Egwero, Noah Akwu, Tobi Ogunmola, Isah Salihu, Tosin Adeloye, Adekunle Fasasi, and Jonathan Nmaju. In an interesting twist, most of the aforementioned athletes were in action at the just concluded Lagos Relays back home in Nigeria.

Lindsay Weyinme Lindley was also listed to represent Nigeria at the event but didn’t participate eventually. It is also not clear why the likes of US-based sprinter and National 100m champion, Mark Jelks and runner up at the Nigerian trials Edward Monzavous weren’t invited for the competition.

Nigeria was absent in the USA vs The World 4x100m men category, which was won by the USA Red team that had the world’s fastest man in 2014, Justin Gatlin along with the trio of Mike Rodgers, Isiah Young and Ryan Bailey within its ranks, with a time of 38.68s.

In the women’s event, the Jamaican team which had Kerron Stewart, Sherone Simpson, Schillonie Calvert and Natasha Morrison took the race in 43.70s while USA followed closely with a time of 43.79s. Representing Nigeria in 3rd place was the quartet of Gloria Asumnu, Regina George, Dominique Duncan and Ngozi Onwumere who posted a time of 44.22s, while Canada and China placed 4th and 5th respectively.

Nigeria finished a distant 5th in the men’s 4x400m race which was expectedly won by the Americans in 3:00.86, with the Bahamas and Jamaica following in 2nd and 3rd positions in 3:01.63s and 3:03.02s respectively. Finishing just ahead of Nigeria was the Brazilian team which clocked 3:03.04s. The Nigerian team represented by LeJerald Betters, Robert Simmons, Miles Ukoama and Orukpe Erayakon returned a time of 3:03.84s.

The women’s 4x400m team seemed to be missing the presence of their anchor leg runner, Folashade Abugan, as they succumbed to the superior power of a star-studded Jamaican field that included Christine Day (52.2), Patricia Hall (52.4), Anastasia Leroy (51.55), and Stephenie-Ann McPherson who ran an amazing split leg of 50.47s. The team finished with a time of 3:26.58s.

Nigeria placed 4th in both the men and women’s 4x200m event. Asumnu, Duncan, Onwumere and Christy Udoh came behind the US, Jamaica and the Caribbean All-Stars in a time of 1:32.53s, while their male counterparts (Divine Oduduru, Nicholas Imhoaperamhe, Robert Simmons and Erayokan) followed the US, Jamaica and Guyana teams, clocking 1:24.43s in the process.

Former African Champion in the 200m, Asumnu, who took part in both the 4x100m and 4x200m events, was clearly unhappy about the lack of preparation on the country’s part and took to social media site, Facebook to air her frustration: “World Relays is nothing to play with this year. If we aren’t prepared, we don’t need to go. Some things are just not acceptable and no, I’m not pleased with our performance today”, she said.

It remains to be seen if one week will be adequate to get Nigeria into winning ways ahead of the 2nd IAAF World Relays which take off exactly a week from today in the Bahamas. It will be recalled that the contingent won a single medal, a Bronze, courtesy of the women’s 4x400m team that comprised of National and African Champion, Abugan, George, Omotosho and Okon-George at the 2014 edition of the relays.