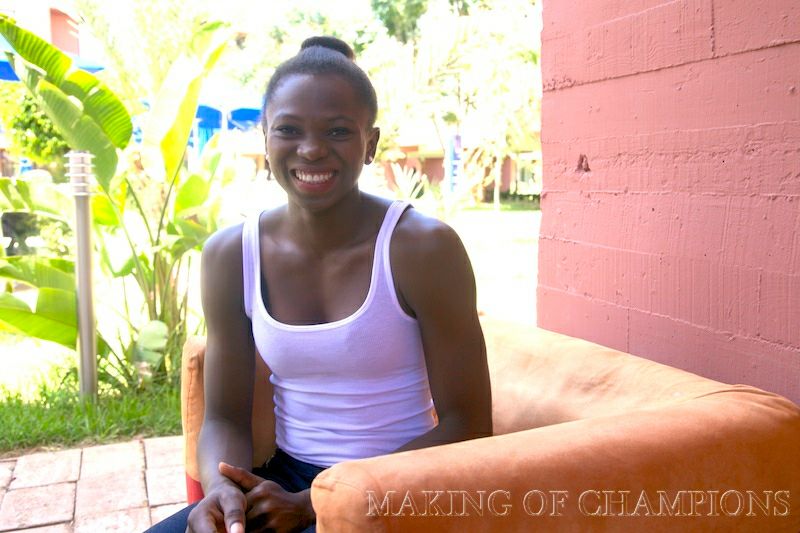 ESE BRUME, recently crowned Nigerian, African & Commonwealth Long Jump Champion, speaks EXCLUSIVELY to MAKING OF CHAMPIONS on her recent successes and her career so far! We caught up with her in Morocco just after she won the African Crown and qualified to represent Team Africa at the upcoming IAAF Continental Cup!

First of all congratulations! How do you feel about your victories, firstly at the Commonwealth Games and now at the African Championships?

Thank you. I feel good. I’m happy that at least I have made my country and family proud.

Was it expected? Were you expecting to win?

Yes, sure. I was expecting it.

How did you get started in athletics?

I started in secondary school. I had to represent Delta at the National School Sports Festival (NSSF). That was in 2008 though I wasn’t as serious. I came second in the long jump. I stopped for a while but then my present coach, Mr. Kayode Yaya had to take me from my parents to Benin where he started training me.

So where in Delta are you from?

So what was it like leaving your family and moving to Benin. Was it hard?

Not really, because I used to visit home frequently, every weekend.

How many years have you been training in Benin now?

For two and a half years.

You won the last National Sports Festival in 2012. What was your distance then? How did it feel to win your first big title?

Good! I was like, ‘So I can actually make it’. I was surprised.

So was that the moment you knew that you could actually make it as an athlete?

Yes. That and the National Trials last year where I came second behind Blessing Okagbare with a jump of 6.53m.

What is your Personal Best?

That is 6.68m which I did at the National Trials this year. I won the title.

What happened at the World Junior Championships, when you were only able to record one valid jump of 5.18m and could not reach the final? Were you disappointed?

Actually I didn’t get my run up so it was just a bad day. I wasn’t disappointed, I just felt that maybe God was preparing me for something bigger.

When you got to the Commonwealth Games, where you thinking ‘I’ve got something to prove’, to put that performance behind you and do something better?

Yes. I told myself that I had to tell the federation and everyone that it was about my run up. I wanted to prove everyone wrong, because everyone was like ‘What was wrong with me?’ I was the world leader and all of a sudden I came last. I had to turn to God and put Him first and He did it.

At the Commonwealth Games you qualified for the final in 12th position. At that point were you thinking that you could still win the gold medal?

Yes! All I was thinking at that moment was for me to qualify because I knew that once I qualified, I would be left with six jumps. 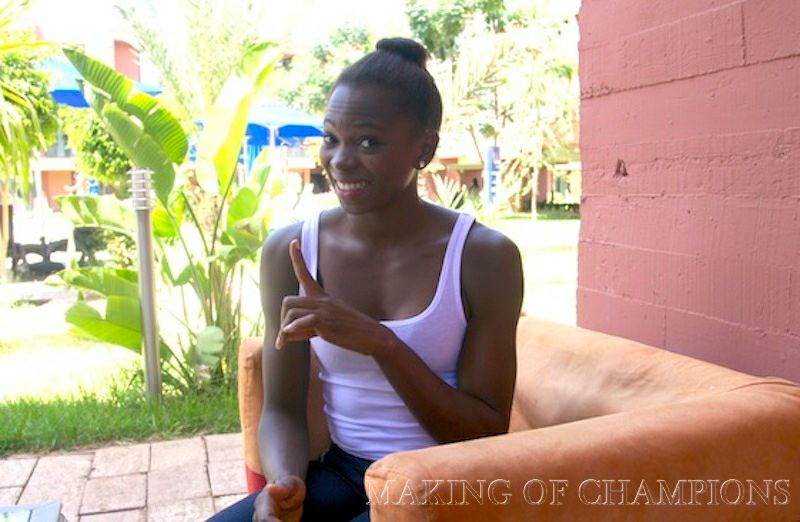 So which athletes inspire you? Who do you look up to?

Blessing Okagbare. She is good, she’s got good character and she’s doing fine. She’s hardworking; she sprints and jumps well. I also want to sprint like her.

Yes. Sometimes she talks to me and tutors me. I just want to be like her.

You sprinted in the Nigerian Golden League this season, where you ran 11.8 seconds. How did that feel, going out there to sprint?

It felt cool, but I’m not that fast. I have to work harder at it.

So you train during the week and then go home at weekends?

I don’t go home like that again. That was then.

So what about your education? What is the plan for you? Are you looking to go to University in Nigeria or abroad? What’s the plan?

I have not decided yet.

If you get a good school and scholarship abroad, will you follow in Blessing’s footsteps and go?

I can’t say for now. I’m still thinking about it.

Apart from Blessing, are there any other sports personalities that you like?

I like Allyson Felix. I love the way she sprints. She’s really good and very graceful.

What do you do in your spare time? Do you enjoy watching movies, listening to music or anything else?

I’m not a movie freak, though I like Korean movies. I like music but I can’t sing. I love blues. I love Celine Dion and Toni Braxton. I like Mariah Carey.

But these are old school. Don’t you like any more current artists, maybe some hip-hop or rap?

What kind of music do you listen to when you are training?

It’s not allowed in my gym.

For how long do you train daily?

It depends on the training programme. Sometimes three hours, other times four, but the maximum is four hours. We train twice a day, like two hours in the morning and two hours in the evening.

How do you spend the rest of your day?

Sometimes I watch movies or read novels or just visit my team mates but not frequently. It’s a rare occurrence. I like Shakespeare.

How many days do you train in a week?

Five days. We don’t train during weekends so that we have time to recover.

Your parents must be very proud of you. How did they allow your coach to take you to Benin to go and train?

They were very supportive and they are part of my inspiration. They encouraged me from an early age.

What do your parents do?

They always believed that you will be a star?

What will you say about Nigerian parents who would not want their children to do sports?

It’s good for them to give their kids the opportunity if they have the talent.

So what’s next for you now since you’ve won almost everything? You are National Champion, Commonwealth Champion, African Champion?

I’m looking forward to doing better at the IAAF Continental Cup where I will represent the continent and then after that, the National Sports Festival.

Have you talked to your coach about sprinting? Is that in your plan for the next few years?

It’s for next season. My coach says I will start then.

Well, we wish you the best of luck and will look out for you at the World Championships and Olympics in the Long Jump, and maybe soon in the sprints!

The IAAF Continental Cup will be taking place in Marrakech, Morocco THIS WEEKEND (Sept 13th & 14th), and Ese Brume will be representing Team Africa in the women’s Long Jump on Sunday Sept 14th from 7.40pm. 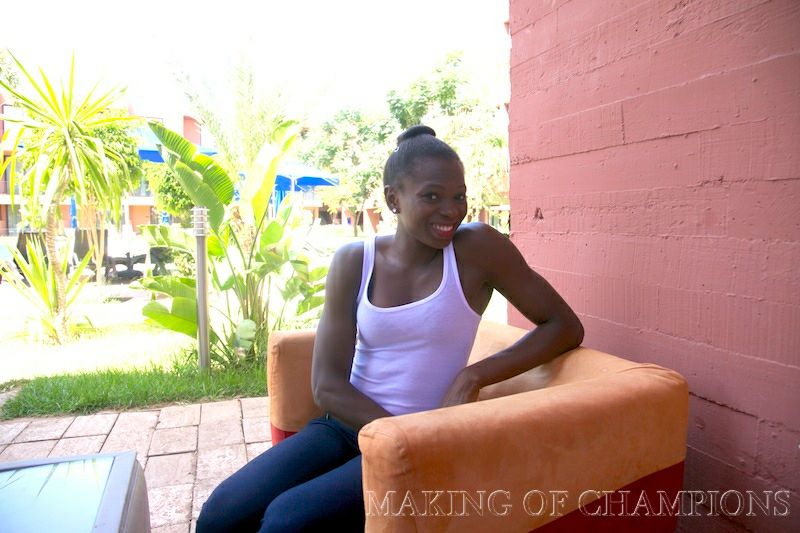 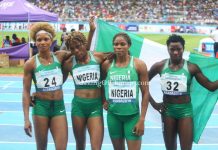 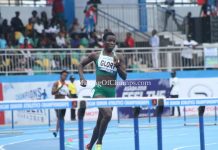